Tea Pairs Perfectly with a Range of Spices

Tea is a culinary wonder prominently displayed in spice cabinets around the globe. Since ancient times blends of tea, herbs, and spices were boiled to make healthful, hearty brews. Archaeologists have documented the historical use of culinary herbs and spices dating to early man. According to the McCormick Science Institute, humans have co-evolved with flowering plants for over six million years. In 2001 Camellia Sinensis residue was recovered from a 5000-year-old Neolithic settlement in Tianluoshan, China. Ancient Egyptians and Chinese emperors long ago promoted the medicinal properties of herbal infusions that are prescribed to this day by practitioners of Traditional Chinese Medicine.

The Bible mentions dill and cumin, herbs including garlic, and many spices for medicinal and culinary use. Egyptians used caraway, coriander, fennel, mint, peppermint, cinnamon, and saffron. Cardamom and turmeric, white and black pepper, and sesame, all indigenous to India, were cultivated as early as the 8th century BC, according to the Institute.

Masala is an infusion of spices that dates to antiquity. Beginning in the 1830s, tea cultivation made available inexpensive quantities of chai (the Hindi word for tea) boiled over a fire in a saucepan with nutmeg, cardamom and ginger, black pepper, and a thousand other culinary combinations that, with milk, make masala chai the most popular beverage in India.

See the entire collection, or
Skip to your favorite category: 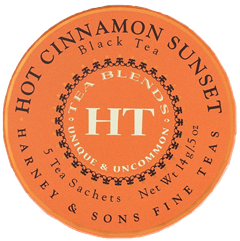 John Harney, a masterful blender, first introduced an intensely spiced Hot Cinnamon Sunset in the early 1980s. His son, Mike Harney, writes that its popularity has only grown over the decades. “Now it is our most popular tea. People love its combination of strong spices and sweetness. And since there are no sugars (we tested it), it is safe for everyone to enjoy,” he writes, adding, “The base is a Chinese black tea, so the leaves are dark brown. The tea has a very strong aroma of spices with orange hues, a combination of natural cinnamon and cloves that fills your mouth with a melange of spices.”

Good Earth is another tea brand that has long benefitted from a flavor profile emphasizing spicy inclusions. Good Earth began as a Santa Cruz-based herbal tea company that supplied tea to a local restaurant. The restaurant eventually expanded to 50 franchise locations popularizing the brand. Good Earth experimented with herbal blends during its first two decades, producing more than 40 varieties. The company’s most successful blend was Sweet & Spicy.

Sneha Balasubramaniam is head of marketing and innovation at Tata Consumer Products, a multinational that acquired Good Earth in 2005. On Good Earth’s 50th Anniversary, she described an “underdog company doing lots of different permutations and combinations with herbs, which then went on to being teas per see.”

In Santa Cruz, we happened on a very famous and popular tea, the Sweet & Spicy blend. That tea is just unmatched in the eyes of tea consumers,” says Balasubramaniam. “Sweet & spicy had a natural sweetness without adding sugar or any other kind of sweetener to it. The perception of sweetness came from cinnamon. Cinnamon is a beautiful ingredient because it gives you not only sweetness but also a spice note that adds another dimension,” she said.

Russia’s friendship tea is a blend of cloves, cinnamon, and orange tang that is very popular at Christmas. Give it a try.

Whether garnished with anise or stirred with a cinnamon stick, consider adding a touch of spice to celebrate the holidays. 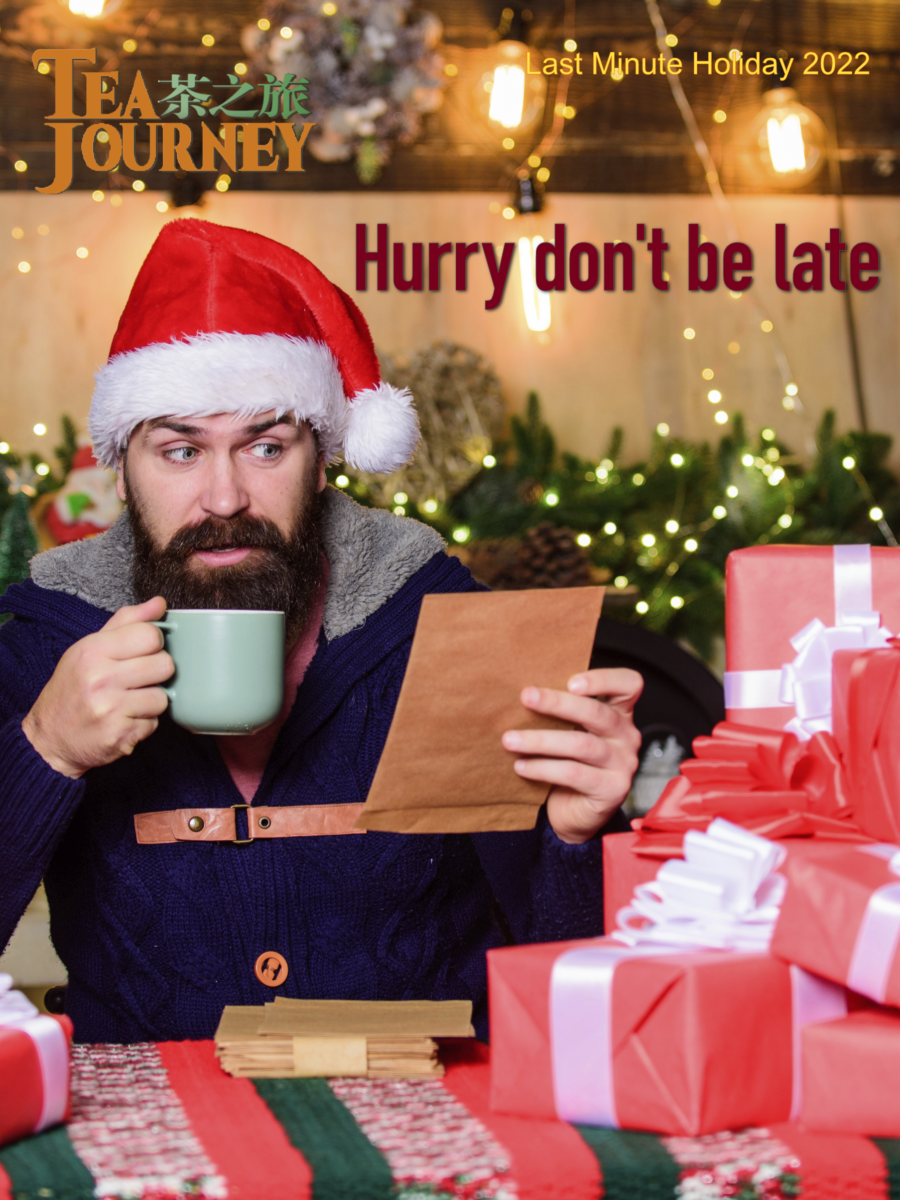 by Millennia TEA - 6 months ago