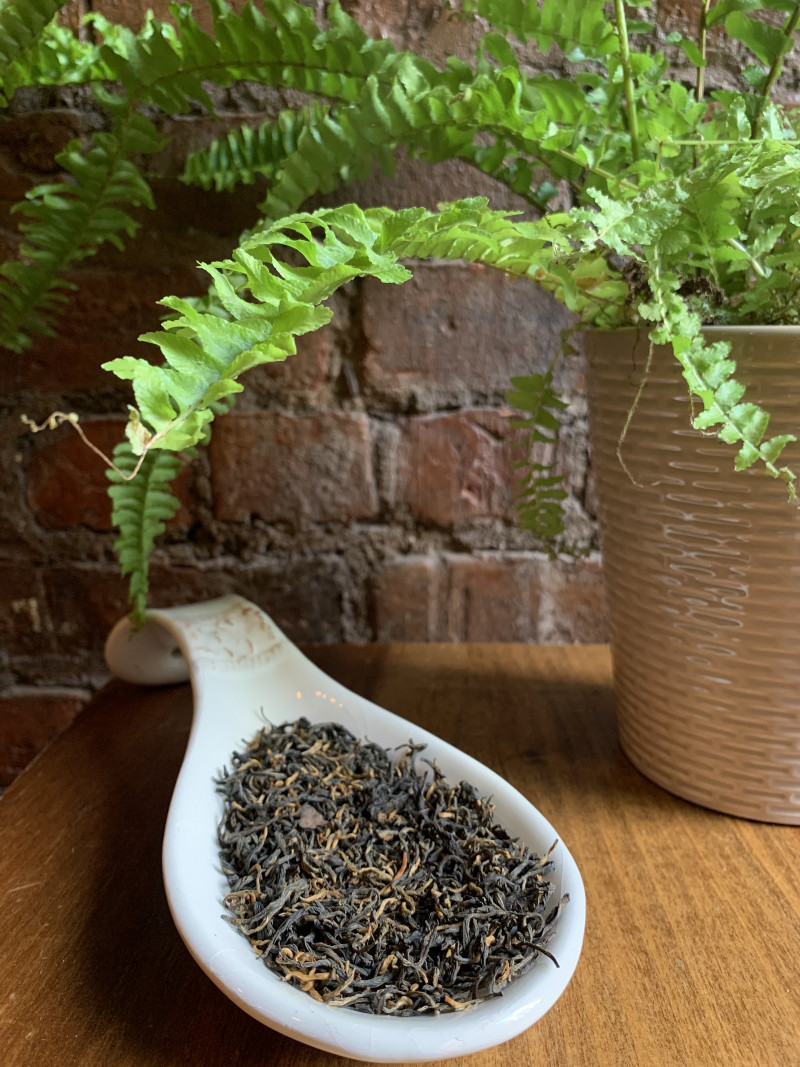 Because of its high quality and exquisite taste, Golden monkey is sometimes referred to by the grower as king of Panyong Congou. After a painstakingly labor intensive production process this tea is hand sorted to ensure beautiful leaf appearance. The leaves are curly, wiry and well twisted with a high percentage of tip evident. ‘Tip’ is the tip of the new shoots and during the manufacturing process these tips turn a gold brown. ‘Tippy tea’ is a leading indicator of exceptional quality, highly selective grading and usually only available in the first few weeks of the new season (new season teas have the most flavor, rarest and most eagerly sought out by tea connoisseurs). Panyong congou teas are mainly produced in the mountainous region of Fu’an county and shounin county. The finished teas are made from a local variety of tea bush that is noted for its rich aroma, sweet honey like taste, Golden color and well twisted tippy leaf.

To brew this amazing naturally sweet aromatic tea, start with water at precisely 180 degrees Fahrenheit and steep one teaspoon per cup of water. The list of reasons to love this tea keeps going on, as Golden monkey holds so much flavor that you can resteep that same spoon up to seven different times so be sure not to toss them After the first brew! Pick up an ounce to try at physical Graffitea in the East village! 96 st Marks pl.