Skip to content
Home
Get The App
My Account
Subscribe
Advertise
Contact
Red teas in China are experiencing a Renaissance. One of the most sought after of the high-end red teas is Jin Jun Mei - a fully oxidized tea created in 2006. It is made wholly of tea buds picked in early spring and processed through a combination of traditional and innovative techniques that mimic the production process of Lapsang Souchong. Just one gram of Jin Jun Mei requires 108 tea buds, which takes roughly half an hour to hand-pluck. The market price can be anywhere between $6,000 per kilo 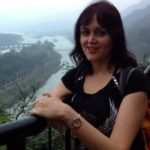