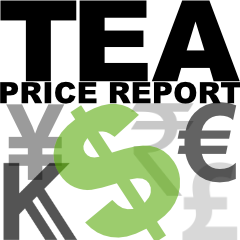 A drought was declared in Assam in April, a month that saw only four days of rain in north India’s tea-growing regions.  Fewer rain days since January and a rainfall deficit of 205 millimeters compared to the long-term average, meant that tea bushes were badly hit. We spoke to Raj Barooah about the weather and what it has meant for tea production. Barooah’s Aideobarie Tea Estate, located near Jorhat, consists of two farms with a combined 645 acres under tea. The estate produces 700 metric tons of CTC tea and artisanal whole leaf tea marketed under the Rujani Tea brand.

Aravinda Anantharaman: In a good year, what would the weather have been like?

Raj Barooah: We expect the first showers of the year around January 15, which is also the time of Assam’s main festival, the winter Magh Bihu. February is a dry month. By the first week of March, we would have received 2-3 inches of rain, which is enough for bushes to start sprouting and harvesting to start. We did receive our 2 inches of rain in March this year, but In April, we have had just an inch of rain so far compared to 5-8 inches in a regular year. This is a drought.

Most factories are not running daily, or a few group tea estates are running with one factory taking in their tea leaves. There is no growth of tea shoots to pluck. There is wilting of the leaves on the top hamper and dieback of the succulent stem where the last shoot was plucked at. Young tea plants are wilting and in a state of water stress. We are irrigating, but that cannot replace rainfall. Every day, we can irrigate a maximum of 3.5 – 4.0 hectares. To cover 215 hectares needs more than a month. Irrigation should only come as a standby.

Aravinda: What was the last good year you’ve had?

Raj: Very frankly, for Aideobarie, we had a good year financially in 2020 because there was a shortfall in tea due to the government lockdowns resulting from the pandemic. We changed our strategy and really targeted and went after quality, and that paid off in the year 2020. The market responded, and prices shot up 60-70% because of the shortfall in the crop. We don’t have data on consumption patterns, but there’s enough to indicate that during the Covid, there was an increase in tea consumption. In India, the biggest blenders/ packeteers paid good money till August and September due to the shortfall in tea. The price of green tea leaves sold to third-party factories was also at an all-time high.

Earnings in 2020 were good after many years. To recap, before the pandemic was declared, by the time the tea season of 2019 had tapered off, we were selling teas at 70-80 rupees per kilo. It was dismal and the lowest in many years. We were all in a very bad situation. When COVID started, we were financially looking at extreme lows. Then there was a lockdown, and most estates were hit economically. When the lockdown was lifted around April 16-17, we started plucking.

In hindsight, I am saying that India makes far too much tea than is required in the market. The moment we had this glut, everything was selling well. Best, better medium, medium, plains… every segment had gone up, almost doubled in the first six months of the tea season. The production levels had come down as we slashed all the bushes. The bushes took a long time to recover. Up to August, quantities were lower than demand. We had a 100 m.kg shortfall, but that tapered away by the end of the year as production increased and prices went back to 2019 numbers.

The peak quantity is produced during Assam’s main harvesting months of August, September, and October, when around half its CTC is produced. The total tea consumption in our country after export is around 1100 – 1200 million kilograms of tea. So the monthly demand for tea is close to 100 million. However, in these three peak months, the CTC teas offered for sale is usually close to 160-170 million kilos, and therefore, there is always an oversupply, and the prices fall. This carry-over obviously stays on till March. Prices also fall due to a poorer quality of the end product, as teas produced during our monsoon rains have too much moisture in the leaves and there is a shortage of worker hands, leading to longer plucking rounds as the cropping in these months unevenly spurt and get the daily worker turnout out of control. This is also the period when workers have to attend to their family’s rice fields, and there are many festivals to distract them from work. So coupled with poorer quality, there is an oversupply with a monthly carry forward of unsold teas every year from September to the start of the new tea season in March.

Aravinda: What do the months between March and June mean for the Assam tea industry quantitatively? What percentage of the year’s harvest and sales is generated at this time?

Raj: The weather has changed in the years I have been in tea, from ’93. March would earlier produce 10% of the annual crop. Now we make 1-4 %. Tocklai TRA did a 100-year sequencing of temperatures and reported a mean temperature increase by 2 degrees Celsius, which is significant. The rains – the distribution of rainfall – have been a huge problem. There have been far too many dry days. The distribution of rain has become erratic over the years. We never saw 40 degree Celsius weather in Assam before now. The weather has been unpredictable post-2010. I was looking at the figures. In April, we would get 6″-7″ and even close to 10″ of rain. This year it’s 1″, less than 20% of the normal rainfall.

We are going through a drought which is technically less than 33% of expected rain in a period of three months. In the early 1990s, 25% of the crop should have come by the end of May. Today we produce 10-15%, with June to October being the busy months. The whole calendar of harvest has shortened because of the weather. Almost 75-80% of the annual crop is produced between June to October/ early November.

Aravinda: Assam is usually also in the news for the monsoon floods, so the seesawing between drought and floods is about two extremes.

Raj: That’s the irony of it. I was telling my manager the other day that we need upkeep of drainage, even more, this year. He thought it was an expense we could not take up for the time being with the present drought. My reply was that, in my experience, Assam gets its 200 inches of rain a year; if not in the first three months, it will be the fury of the monsoon. There will be flooding. Nature gets her way. This year too, the meteorology predicted dry weather till June, followed by a very wet season.

Aravinda: How do these fluctuations impact the market and prices?

Raj: In 2020, orthodox producers shifted to CTC production because there was demand and a 100mn kilo deficit. If we look at the annual production of 1.2 bn kilos of CTC, that’s about 100 mn kilos per month market requirement. The moment production crosses 100 mn kilos, as in happened between July and November, prices fall. This is because the whole price structure is dependent on the supply-side and demand. This is the dynamics of commodity tea or, for that matter, any commodity.

We need around 100 m.kg of CTC per month for the Indian market. If we can keep that steady, the prices will remain on an even keel.

People have tried to maintain this volume – the Tea Board puts curbs on plucking between December and March. But everyone has their own financial challenges to address; therefore, we have not succeeded in getting the minds to meet on having arranged supply to just about what the market demands, during a short period, like say every month.

Perhaps the solution lies in a structure where production can be put forward on a different mechanism, where the supply should meet the demand. Because quality alone will not bring in the price-quality will only payoff if there is demand. And that, to me, is the primary structural foundation if we are talking of forming a trade group amongst tea producers.