Until the introduction of specialty coffee into New Zealand in the late 1980’s, tea was the Kiwi’s go-to beverage. Today it is experiencing a renaissance. Specialty loose-leaf teas and wellness herbals, tea professionals, and the success of locally produced tea are powering trend changes.

There is no doubt New Zealanders are some of the biggest coffee drinkers in the world. This tiny nation is the inventor of the flat white and, for the customers of the thousands of cafes dotted around the country, long may it rule. Yet coffee hasn’t always been number one. Tea drinking has a long history in New Zealand: in the huts of whalers, in the rations of the early settlers, in the cultures of its immigrants. And the stats confirm it. Up until the 1960s, traditional (black) tea was the beverage of choice, with the average Kiwi consuming more than 3 kg each year (more than their British counterparts). And then came the tea bag (dip, dunk and discard); it’s the mantra of tea making that many Kiwis grew up with.

The 1990s signalled a change in tea drinking habits due to the growth of a café culture and a 316 percent jump in the price of tea (more than all other non-alcoholic beverages, according to Statistics New Zealand). Today, Kiwis down an average of 0.98 kg each year (International Tea Committee, 2011-2013).

A quick look into most New Zealand cafes will confirm this. If consumers are after coffee, it is likely they can choose everything from the origin of the beans, the intensity of the roast, the amount of milk, and of course a trained barista to prepare the brew. The tea might be on display, or it might not. But chances are good that the selection is a predictable handful of blends and herbals, and delivered with boiling hot water and tea bag pre-dunked.

In the supermarket, the selection has evolved beyond canisters of traditional loose-leaf blends such as Bell, Choysa or PG Tips. Shelves reveal rows of boxes containing what was once black or green tea heavily disguised by as many varieties of spice, herb or fruit you can imagine, not to mention artificial flavourings. And, of course, there are layers of packaging that are contributing generously to the size of New Zealand’s landfills.

“Much like Australia, tea sales are driven by the at-home segment with 59% of Kiwis (over 10-years old) downing tea at least once a week. One of the big problems with commodity tea is customers are becoming more savvy about health and sustainability. The amount of information available about what we consume has exploded over the past decade, leading to very educated consumers.”

“Tea producers (and importers) are under pressure to reduce pesticides, artificial flavourings and packaging, and embrace ethical practices,” he says. “Cafes and restaurants also need to up their game, with younger drinkers demanding tea is given the same attention as coffee.”

A report by Euromonitor confirms this with key forecast trends noted as sustainability (with a focus on ethical sourcing), health and wellness, and premiumisation. “The strain is showing for the good old-fashioned cuppa,” says Wakeford.

Urban teahouse Chapter has been in the business of promoting tea to New Zealanders for close to 20-years. Proprietor Frances Loo says there have been two game changers in this time: the advent of the silken pyramid bag and rise of online sales.

“People like the sophisticated look of the pyramid bag and quality of the tea, but more importantly they have penetrated the café market,” says Loo. “And tech savvy companies with online purchasing options have helped make it easier for consumers to seek out and purchase teas that they encounter during experiences such as a high tea event.”

Loo says she has seen companies come and go during her tenure. But she says a consistent performer is New Zealand-owned Bell Tea and Coffee Company, probably best known for their black or ‘gumboot’ tea in red boxes.

Kiwis have been drinking Bell tea since 1898, when Norman Harper Bell founded the company in Dunedin, and it still makes 4 million teabags daily at its factory in Auckland, almost enough for everyone in the country to have a cuppa each day. With the license to market English brand Twinings in New Zealand, Bell holds more than 40% of the total tea market.

Since his arrival 11 years ago, Bell’s master tea blender Matt Greenwood noted sales of tea beyond regular black tea were slowly growing due to the perceived health and wellness benefits. “Gumboot is obviously a mature market, but there was opportunity for Bell to move into other areas such as green tea which is growing steadily, and herbal infusions.”

“Kenya Bold came about because we found there was a gap in our mostly male audience that was looking for a stronger brew,” says Greenwood. “We sourced a tea with strength and character, put more leaf in the bag, and created a whole new segment.”

Another company with a forward thinking attitude is Sri Lankan-owned Dilmah – known widely for its ethical growing, production and business practices. Dilmah recently launched their supermarket Organic Fruit & Herbal range and top-shelf ‘T-series’ destined for New Zealand’s top restaurants and hotels. The company has also redefined supermarket packaging by identifying the estate on its boxes. This is progress, given that until recently there has been a complete absence of any reference to the provenance of the leaves used by tea retailers.

Additionally, Dilmah’s gone added-value with its tea marketing, pushing its luxury teabags and loose leaf tea into cocktails and into food by holding its annual Real High Tea Challenge where chefs compete on pairing tea with food in”‘tea gastronomy.”

New Zealand’s only tea producer, Zealong, has also upped the ante with their five world-class organic teas available to enjoy as part of a fine (tea-infused) dining experience at Zealong Tea Estate.

Marketing Manager Sen Kong says the early days were “a bit of a venture.” Customers were not accustomed to the nuances. Each order required a detailed conversation. But he observes: “In 2016 consumers are making informed choices about what they put into their bodies, and many are embracing beverages that not only taste good, but are 100% pure. That puts Zealong in a strong position.”

As well as educating customers, the company is dedicated to helping established businesses to spread their (tea) wings. Even gourmet supermarkets, such as Farro Fresh and Nosh, are jumping on the bandwagon, stocking wulong tea alongside the ever-increasing range of specialty coffee.

Harney Fine Teas, too, is taking the high ground by supplying boutique hotels, restaurants, gourmet cafes and stores, spas and salons, and have won a captive audience with the female demographic.

This is the competition that industry heavyweight Unilever Australasia faces with the launch of two new T2 shops in Auckland. “New Zealand is not a mature market and there are already a number of players,” says Loo. “T2 has come late, but they are bringing some new concepts to Kiwis such as attractive gifts which will appeal to a certain segment.”

All steps in the right direction, but there remain two unaddressed issues: the sizeable gap between (tea) auction and consumer prices, and how to correctly prepare tea.

Rise of the niche entrepreneur

More and more frequently Kiwis are coming across small niche operators plying artisan blends at farmers’ markets around the country.

“The artisan tea merchant is not your traditional tea retailer. The new wave, largely driven by the 20s and 40s demographic, is getting creative,” says Wakeford. “They source ethically and organically grown tea (bypassing wholesalers), blend (often using local produce), package responsibly, price moderately, and tell the world about it via Instagram and Facebook.”

“With the natural health and vitality segment booming, botanical infusions are becoming popular across all demographics,” says Hannah McMenanin of Forage & Bloom, whose dispensary-style herbal blends include a nutrient dense liver tonic made from batch-roasted dandelion root. “Part of the desirability of our brand is that we enthusiastically foster consumer understanding of plants and their benefits.”

Hand-crafted ready-to-drink teas are also prevalent at farmers’ markets, with many now moving into local dairies, cafes and food stores. Kombucha, in particular, is moving rapidly with a number of providers operating on both islands.

Johnston offers a range of tea courses to Kiwis and Aussies, including executive level tea training. Some graduates will help bring specialty tea into restaurants, hotels and cafés. Others will set up as niche traders. Whatever their chosen path, Johnston is certain her “tea masters” will be the ones to increase the presence and knowledge of all types of tea in New Zealand.

While the specialty market has been slower to grow than many other regions there is tremendous scope for further expansion and innovation, particularly with fair trade and organic products currently accounting for only a small portion of the industry.

Niche offerings have definitely had an impact. But it is wishful thinking for anyone in the tea industry to believe that we will see a monkey-picked Wuyi wulong on a shelf in the supermarket in the near future. A far more probable scenario is that premium tea will take a sizable bite out of the current offer of entry-level products, just as coffee beans displaced their inferior instant cousin.

And for those companies interested in entering the market, Loo offers this advice: “If you want to dominate the New Zealand market, become the biggest supermarket trader or broadly penetrate the café market – but offer not only good tea but tea ware and education.” 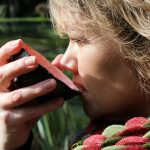