Dan Bolton
Founder | Editor | Publisher
A veteran publishing executive and beverage retail consultant, Dan is a frequent speaker at industry seminars and conferences. He regularly contributes to STiR coffee and tea where he is responsible for compiling the Tea Report. He edits the Tea Biz Blog and hosts the weekly Tea Biz Podcast. He previously worked as managing editor of STiR and was the first editor and publisher at World Tea News. He is the former editor/publisher of Tea Magazine, the former editor-in-chief of Specialty Coffee Retailer and a co-founder and editor of Natural Food magazine.

Nan Cui
Partner | Associate Publisher
An experienced cultural consultant, Nan was the co-founder of Tea & Chan Commune, a private traditional tea and meditation club in Beijing. He was Deputy Director of Marketing for Americas and Europe of the China National Tourism Administration. See full bio

Ellen Kanner
Content Strategy & Design
Ellen and her husband, Ray Marcotte, own and operate the Dobrá Tea emporium in Portland, Maine. She feels fortunate to couple her design, photography, web development and video experience with her love of tea in working with Tea Journey. She is a loose-leaf tea enthusiast and has traveled to Origin. See full bio

British taster Kevin Gascoyne was weaned on tea and has been buying it in Asia since 1989.  Since 1993 every Spring has found him up in the Himalayas, obsessively sourcing the finest seasonal leaves of the region.  Over the years his passion for the black teas of India has spread to the plantations of many other countries.

In Canada he co-owns, runs and shop-keeps the award winning Camellia Sinensis teahouses and Tea Schools of Montréal and Québec City. He and his fellow tasters travel to the tea gardens of Asia every year to source their internationally renowned catalogue of rare and collectibles. www.camellia-sinensis.com . He is also a founding partner of the Tea Studio project in Nilgiri, India.

Kevin, having written for publications all over the World, still pops up in various publications and has co-authored a couple of prize-winning tea books including ‘Tea, History, Terroirs, Varieties’ voted World’s Best Tea Book 2014 by the industry at the World Tea Awards and published in 5 languages. He is also a founding partner of Tea Journey magazine.

Kept busy with a wide range of blogs, workshops, conferences, seminars, research, field consulting and other tea shenanigans in North America, Africa, Europe and Asia he is also a director of the Canadian Tea and Herbal Association and recently launched the Tea Masters Cup Canada competition  His colleagues claim that Kevin’s daily tea consumption compares to the flow of some small rivers. 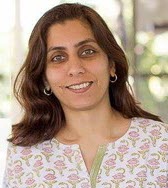 Frank Miller
Advisor/Tea Journey Taster
Frank is a pioneer in specialty tea retail who established the Teahouse Kuan Yin and the Blue Willow Tea Company in 1989. He worked as an importer, blender, package design, marketing retailing and wholesale, in fact every sector of the tea industry except planting manufacture.
See full bio 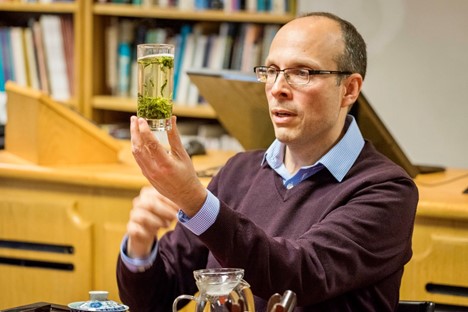 John is the Assistant Dean for Graduate and International Programs at Temple University School of Law in Philadelphia. He is a certified tea specialist in the United States and China. Prior to his work with Temple, John taught at Tsinghua, Zhongshan, and Sichuan University law schools, and he worked in the corporate law practice of the New York and Hong Kong offices of Paul Weiss. He earned a B.A. in International Relations in 1992 from Pomona College, J.D. in 1995 from Washington University in St. Louis School of Law, and M.S. in Education (with focus on Teaching English to Speakers of Other Languages) in 2007 from Temple.

Keith Hutjens is the retired director of tea procurement for Starbucks. He now works as a consultant, photographer, and writer. Hutjens lives in Switzerland and spends much of his time traveling continental traveling. During his 13 years at Starbucks, he managed a global tea sourcing department responsible for procuring tea and botanicals for 22,000 retail stores in 65 countries for the company’s $1.3 billion tea business. His work included formulating strategies to allow for cost improvements, quality enhancements, and supply chain integrity for raw materials as well as support for R&D on all tea products including input on new recipes, flavor profile descriptions, and quality specifications. See full bio

Horacio is director of Gyokuro Circulo Argentino de Té, where the careers of Tea Sommelier, Tea Master and the Water Workshop are studied. The Tea school is officially recognized as an organization promoting cultural interest by the Ministry of Culture of the Argentine Nation and by the state of Obera, Misiones. Horacio is an Honorary Member of the Circle of Water Tasters (Hidrocatadores) of the European Tasters of Waters since 2012. In June 2017 he was appointed a member of the Associazione Degustatori Acque Minerali.

Peter has been a senior professor at leading business and technology universities across the world, including Harvard, MIT, Stanford, and Oxford. He is the author of over forty books and a noted international consultant and public speaker. Tea writing and education are his avocation, with a focus on helping tea lovers find the ones that fit their personal tastes at best value. He has a strong interest in the offbeat stories and social and cultural aspects of tea history. His latest book is Tea Tips. See full bio.

Suzette Hammond
Education Director
With more than a decade of tea education experience, Suzette is now an independent Executive Consultant on tea programs and training. She works with both private companies and industry trade groups in America and Europe.
See full bio

Austin Hodge
Contributor | Advisor
Austin Hodge is the owner of Seven Cups Fine Chinese Teas based in Tucson, Arizona. He is a Chinese government liaison with experience in e-commerce, retail/wholesale, and databases. As the first American to be published in the Chinese International Tea Culture Institute’s Journal, he served two terms as the Honorary Director of the Chinese International Tea Culture Institute. See full bio

Jeff Fuchs
Contributor | Taster
Award-winning Himalayan explorer Fuchs has traced some of the most remote tea routes on the planet, tracing teas back to their original sources and original caretakers. He also acts as procurer and co-founder of JalamTeas which promotes hand-sourcing Puerhs in southern Yunnan.
See full bio

Tony Gebely
Advisor
Tony is the Executive Director of the American Specialty Tea Alliance which is a non-profit business association aimed at growing the specialty tea industry in America. Tony is also the founder of Tea Epicure, a global producer-focused tea assessment platform. He has built a strong presence in the tea world and has consulted on many tea projects and helped spread tea culture with his tea tastings and writings. See full bio

Nathalia Leter
Contributor
Tea sommelier, blogger and vocal performer, gathering in my background many sorts of body studies and experiences with arts and somatic techniques. Apart from tea courses and tasting sessions, I’ve been designing multi-sensory food and tea esthetic experiences in an attempt to develop our tea culture… Creating the suitable environment for a poetic introduction to the tea world, thus opening minds and palates for fine teas. We are working on multidisciplinary things here in Brazil, thinking about sustainability, improvement of small producers and food education. My website (www.saladecha.com) has some of the projects and events I’ve designed and promoted in partnership with great chefs, institutions, artists and thinkers. See full bio

Jennifer English
Contributing Editor
Jennifer English has been a culinary broadcaster for over 20 years winning the prestigious James Beard Award and twice been honored with the Gracie Allen Award. See full bio

Cynthia Gold
Contributing Editor
A central figure of “Tea Cuisine” where she has been actively combining teas with food via pairings or within dishes for the last twelve years. Author of Culinary Tea and new book on Tea Cocktails.
See full bio

Jaq James
Contributor | Taster
Jaq is an Australian and co-founder at The Artisan Tea House who became a Chinese tea enthusiast after moving to Mount Wuyi, Fujian, in 2016. She was kindly taken under the wings of several lecturers of Wuyi University’s School of Tea Science for private tutorage. She has since travelled to different tea-producing provinces across China to learn more about Chinese tea culture. In 2018 she published a novella, called The Found One, about Mount Wuyi’s tea culture. She hopes to introduce many fellow Australians to the benefits of drinking fine teas.
See full bio.

Ian Chun
Contributing Editor | Japan
Ian Chun is the founder of Yunomi. He believes that tea is a focal point of a lifestyle that enables Japanese to live longer than anyone else in the world.
See full bio

Roopak lives in Assam, India and worked the past 25 years as a newspaper journalist in Northeast India. He says that he is always on the lookout for something exciting and new. “I love my tea and look around for new wildlife species!!!,” he says.
See full bio

Jennifer Sauer
Videographer
Jennifer Sauer has worked as a freelance photographer since 1990 and more recently as a video producer. She is also the Author of book The Way to Tea: Your Adventure Guide to San Francisco Tea Culture and blog Bon Teavant on American tea culture.

François Marchand
Contributor | Taster
Québecois tea taster François Marchand has been in the tea business for almost 20 years. Specialist in some of the classic artisanal green teas of China, he spends every Spring in the central provinces selecting rare batches of green tea and the aged teas of Liu Bao.
See full bio

Shiuwen Tai
Contributor
Shiuwen was born and raised in Taiwan and steeped in the culture of tea from a very young age. Being separated from Taiwan by her many travels, she was inspired to re-discover her own roots and as her love of tea grew she and Rob began exploring the entire world of Chinese tea together. See full bio

Scott Anderson is the Editor of TeaMinded.com, a tea blog educating people on tea tasting notes and sharing in the tea culture. Tea Minded focuses on building a community of tea enthusiasts from all over the world. Scott believes in starting and ending each day with a cup of loose leaf tea, as this can help bring clarity and peace to the sometimes hectic days. The process of properly preparing and drinking tea is a great reminder of the importance of slowing down and being present in the moment, and through his site, Scott wants to help more people learn to do this.

Rita Fong
Contributor
Rita Fong has been a certified Tea Sommelier since 2009.  She’s continued her tea studies through travels and tastings, readings and festivals. She’s also certified in Digital Media Strategy which she employs for various companies and festivals.  She loves writing and photography and meeting tea people everywhere.  She’s an organizer of the Toronto Tea Festival since its inception, and is on the board of the Tea Guild of Canada.  See full bio