Tea lovers know it’s a delicious drink. They’re used to hearing claims that it’s good for you, too.

But how is that, exactly?

“Tea is a healthy drink,” Blumberg confirms. “It has no calories and it has important phytochemicals.” He’s talking about real tea, leaves from the Camellia sinensis plant (not herbal drinks that contain “less well-characterized phytochemicals”).

Blumberg is well versed in the chemistry of tea. He’s a professor at Tufts’ Friedman School of Nutrition Science and Policy and a senior scientist in the Antioxidants Research Laboratory at the Jean Mayer USDA Human Nutrition Research Center on Aging.

It’s the phytochemicals, biologically active compounds found in plants, he explains, that can provide roughly the chemical benefit of a serving of fruit or vegetables per cup of tea.

“People should be consuming more plant-based compounds and you can get a significant amount of them from tea.”

He’s not talking about the vitamins, minerals, and fiber found in fruits and vegetables. Tea is not a good source for those.

However, tea’s phytochemicals, known as flavonoids, are one of the richest food sources of catechins.

And the catechins found in tea flavonoids function directly as antioxidants, those molecules so famous for inhibiting the harmful oxidation of other molecules in the body.

Translation? “In the test tube, it appears that some flavonoids show activity that may be beneficial,” he notes.

There is no Recommended Dietary Allowance for flavonoids or any other class of phytochemicals, so making claims such as ‘rich in antioxidants’ violates U.S. Food and Drug Administration and Federal Trade Commission labeling regulations.

But there is a growing body of scientific evidence that flavonoids help prevent inflammation, which contributes to many types of chronic diseases. The evidence is strongest, in Blumberg’s view, that flavonoids’ anti-inflammatory power promotes heart health.

To get your daily dose of flavonoids, does it matter whether you drink green tea or black tea? It’s hard to say: “To my knowledge, no one has done head-to-head clinical studies between green and black teas,” Blumberg says.

That’s because researchers conducting observational studies tend to look at the type of tea being consumed by the population they’re working with. Scientists in China are likely to study green tea, while U.K. scientists are more likely to study black tea.

There are differences in the phytochemical composition of green and black tea, Blumberg says, although the difference in health benefits seem to be small or even nonexistent.

A green tea flavonoid is made up of single catechin molecules. When green tea leaves are oxidized to become oolong or black tea, the process results in more complex molecules (oligomers and polymers of the catechins) being formed.

“That’s the pigment. that’s the color. They all have the same building blocks, but the differences in the molecular profiles created during fermentation results in the unique profiles in taste and aroma of the different types of tea,” he says.

While it is still a bit of mystery how the body processes these different molecules, Blumberg says a number of researchers suspect the bigger molecules are broken down in the gut into smaller units that are absorbed and distributed throughout the body.

And just how much of this green or black phytochemical concoction should you be drinking?

From observational studies, it is clear than even one cup of tea a day is better than none and that two better than one, he says. “We do see a dose-response relationship.” Several studies reveal that drinking four or more cups of tea daily is associated with a lower risk of developing heart disease.

Tea’s overall health benefits, Blumberg says, depend on how you drink your tea. “Whether you drink it strong, or whether you add milk to your tea. Lots of people do that for black tea,” Blumberg says, noting that one study found that adding milk may decrease the body’s ability to absorb catechins. But overall, genetics, geography and dietary patterns all come into play.

What about cancer? The National Cancer Institute says “the evidence regarding the potential benefits of tea consumption in relation to cancer is inconclusive at present.” Some lab studies using rodents, however, have suggested a powerful anti-cancer effect of tea.

Blumberg likes to joke, “If you are a mouse you should be drinking tea every single day.” 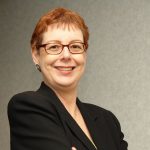