It’s dawn and Elizabete Ume Shimada is already behind her sewing machine. Every day, this 90-year-old woman wakes at 4:30 does her daily gym, has a simple breakfast and goes to her post at the front balcony of the house, to work on new bags for the lychee harvest.

From here she can watch the visitors arrive, and they have been coming in droves lately. Lucid in mind, full of stories and memories, Shimada has long mastered the art of entertaining guests with good conversation, while the rest of the family provides cold glasses of their Obaatian tea, to keep everyone refreshed.

A bright and clear sky announces another scorching hot day in Registro, where the Sítio Shimada – a small 10-hectare farm – is located. The town is on the southern coast of São Paulo state, three hours by car from its cosmopolitan capital. Leaving the busy São Paulo city behind, down the road that connects the south and southeast parts of the country, to a place where the presence of Japanese colonies is remarkable. This is the Ribeira Valley, a region that hosts one of the largest concentrations of Nikkei immigrants and descendants in the state. Most are dedicated to agricultural activities. Many of the products that nowadays are part of the Brazilian daily diet and eating habits were first introduced in these lands by thousands of Japanese families that arrived in the early 1900s destined to work in the fields. Besides the rice and the strawberry, they also succeeded with the seeds of an assamica cultivar brought from Sri Lanka, hidden in a piece of bread, by the immigrant Torazo Okamoto back in 1935.

Getting up from her desk with a little help of a walking stick, Shimada complains that her sore legs no longer allow her to join the family in the tea harvest. But this charismatic figure hasn’t lost her shine. She still plays a fundamental role in the business, either orienting her relatives on how to properly nurture the young tea seedlings or simply being the cheerful spokesperson for the brand.

Grandson Yuki Hamasaki asks Shimada – calling her Obaatian – to tell the guests about the Carnival that occurred the previous weekend. “Obaatian” means “grandma” in Japanese and it’s also the name of the artisanal black tea the family has been producing in the backyard of the house since 2014.

“It was very nice, but I couldn’t really dance because my legs are not good anymore. And I love to dance,” she says, proudly explaining that Registro’s parade celebrated “tea” as the theme of this year’s Carnival. Shimada was honored with an invitation to ride in the main car in recognition of her contributions to the recent rebirth of tea production in a district that was once known as the “tea capital of Brazil.”

An October 2012 article about agribusiness posted on a Brazilian web portal, features this headline: “Farmers give up on tea cultivation at Ribeira Valley.” It reports that almost all the factories located in the region had given up their activities since sales to the international market took a nosedive. Until the end of the 1980s, Registro and the surrounding districts that make the Ribeira Valley had about seven manufacturers and more than 1,500 tea farmers, producing mainly black tea destined for British blends and tea bags. That decade was called the “golden age” of the tea, when the country was producing well over 9,000 metric tons a year, according to FAOstat.

Amongst the factors responsible for the tea export’s great drop in the 90s, as pointed out by the farmers, is the fact that the currency parity during the early stages of the Real (the national currency) immediately made all products much more expensive to the foreign customers. In such context – and with many new tea producers rising up in African countries offering competitive prices – Brazilian teas showed no improvements in terms of quality that could maintain its standing in the global market and the decreased demand led to a vertiginous slowdown in production. In turn, the lack of international purchases led to a drying up of customers buying tea. This made obvious on simple fact: that Brazil wasn’t a tea drinking culture. Not yet.

Soon though, online retailers and specialty tea shops, tea schools and tea-related services started to appear in many Brazilian cities. As part of the soaring wave of an artisanal, “gourmet” and healthy products trend, this opened gates and palates for the tisanas and Camellia sinensis derivatives. Since then it has rapidly been embraced by more intellectualized social extracts, as a synonym of contemporary lifestyle and a sense of elegant simplicity. It was in this scenario that Shimada found a promising perspective to revive her abandoned tea garden and start to produce her own tea, hedging her bet on locally based customers. But all of this really started in the form of a hug for help.

In 2012 Shimada had once again taken her harvest to sell to Amaya, one of the latest remaining tea factories of the region. Although having their own garden, Amaya’s harvest wasn’t enough for them to keep the factory fully operating during the golden age of the tea exports, so it was necessary to buy raw leaf material from other suppliers, like Shimada. As sales declined, the factory reduced its production to work only with their own tea garden, so this time Shimada would knock on their door and would not succeed on the sale. She saw herself obliged to go back home with a wasted harvest.

Other tea farmers faced a similar situation and, one by one, they started to replace tea for alternative grains and crops. The Shimada family turned to lychee and other food-related endeavors. During the first decade of 2000, many tea gardens were simply abandoned or were taken over by banana and palmito trees among other crops. Along one of the sides of the BR116 road that cuts through Ribeira Valey, it is still possible to see a line of forsaken tea bushes somewhat hidden under a natural covering of green that freely grows over them. Such a destiny, however, wouldn’t be reserved for Ume Shimada’s garden.

“I was desolate to watch my father’s tea garden abandoned there. But I didn’t know what to do. So I went to the bushes and hugged them in tears, begging the tea to help me find a solution,” explained the eloquent matriarch who was not willing to give up. And it seems the tea bushes heard her prayers as the help would finally start to come. Encouraged by the family, she decided to buy an old tea roller from a junkyard and restore it. “It was in such a precarious condition, I thought it wouldn’t be possible to give it a better look again. But, you know, it has become surprisingly beautiful!”

Three generations and respective husbands and wives got involved in the Obaatian business and created the first organic Brazilian black tea. Launched in the markets in 2015, it drew the attention of a reporter at the Nikkei Shimbun, the Japanese colony’s newspaper. And thus, the story of Obaatian tea flew across the ocean, reaching Japan. An invitation for a visit soon came from Nobuyuki Hotta, chief organizer of the Black Tea Festival in Owariasahi, in Aichi Prefecture. He asked Shimada to take part in the 2015 festival to share her story. There, she got in touch with Gotou, an award-winning black tea producer that became very interested in knowing more about the Brazilian tea garden and factory. “So I invited them to come visit us and they really did! They came just a few months later,” Shimada says. Shimada returned to Japan in 2016 and will once again visit the Owariasahi festival in 2017.

A friendly correspondence was established between them since this visit and it led to an informal collaboration on tea production. “We have plans to bring a Benifuki cultivar in an attempt to grow other kinds of bushes around here,” says Yuki. In the meantime, Obaatian is still defining its singular character as a very delicate and mestizo black tea. A first order from a Dutch teashop has recently been received. Another promising sign on the tea horizon is the presence of a new SESC building – initials for Social Commerce Service – in the heart of Registro. SESC is an important non-profit private organization in Brazil, supporting many kinds of low-cost and free cultural activities to the public and it has already shown interest in promoting the tea culture at the national scale. Débora Teixeira, manager of this center, is an admirer of Shimada and is willing to promote tasting events and lectures for locals. Other institutions are taking visitors to the tea farm for agricultural tourism. Tea sommeliers and aficionados also are becoming regulars at Sítio Shimada.

Seated at her sewing desk in front of the house with a huge smile, Shimada welcomes everyone that comes for a good cup of tea and talk. “I thank God for bringing only good people to visit us,” she says.

Where to buy: Retail outlets (Brazil) 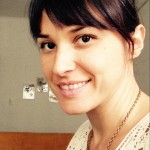