What would rhyme have to do with a tea’s aftertaste?

With respect to rock teas, “Yán” means “rock.” but it also is close in pronunciation to “yáng,” a term that refers to the “male” principle—saying that rock tea has “Yán” is really an (almost) pun.

To understand the many layers of this play on words, it is important to know that Chinese singing and by extension Chinese poetry have a Yang (masculine) and Yin (feminine) rhyme system.

“Shih is a modem style of poetry (”jin ti shi”) matured during the early Tang [618-690 CE]. It constrains a poem to eight lines of five or seven syllables each. With a single rhyme [system] running through it, the poem is divided into four pairs, namely “start­ing,” “extending,” “turning,” and “completing,” respective­ly. These appear in the western classical sonata form of music in the same order, as the “theme,” “development,” “transi­tion,” and “recapitulation.” The rhyme used throughout the poem is chosen from one of two divisions of the vowel sounds. In general, these are divided as either long, bright sounds (called “yang” rhyme) or short, dim sounds (called “yin” rhyme). The choice of this rhyme determines the mood of the poem, similar to the choice of a major or a minor key in music.”

The Yan Yun “masculine” aftertaste of, say, a Ruo Gui Rock Tea, classically lingers for a long time. It gives you the clear bright impression you would expect from activation of TRPA1, the trigeminal cold receptors in the throat. It’s the same sensation in the throat that you get with high-quality olive oil. The Qianlong Emperor (1711-1799) is said to have called it a sensation of fishbones in the throat.

In color pictures of the Wuyi Mountains, you will notice that the rocks are reddish. This color is caused by the presence of iron. Excess iron in the soil causes tea plants to produce kaempferol, a flavonoid that binds up the iron so it doesn’t damage the plant. In your mouth kaempferol activates TRPA1; I believe that kaempferol is the cause of the Yan Yun effect of Wuyi rock tea.

By contrast, Tie Guan Yin gives a sweet, gentle, more muted after-taste—breathy rather than clear—the quality that Pulleybank and his colleague ascribe to the Yin speech tones in Chinese. Not all Tie Guan Yin gives this aftertaste. Yuqiong Guo and colleagues compared the biochemistry of a cultivar that gives the aftertaste with one that doesn’t and found that high contents of catechins, anthocyanin, caffeine, and limonene may contribute to the formation of the “Yin Rhyme” flavor in Tie Guan Yin. These compounds combine bitterness with activation of the cool/cold trigeminal receptors. I cannot say whether this particular combination of chemicals would cause these sensations to linger longer together, albeit in muted fashion, than they would individually. Here’s a Chinese poem about tea, with translation and important-to-read notes. Note: the “grave accent” in pinyin indicates the short breathy falling tones of a “Yin” rhyme.

(2)G. Pulleybank and 蒲立本. 1978. The nature of the middle Chinese tones and their development to early Mandarin/中古汉语声调的本质和到早期官话的演变. Journal of Chinese Linguistics 6(2):173–203. JSTOR, www.jstor.org/stable/23752830.

Editor’s note: This is an excerpt from Tea: A Nerd’s Eye View.
The 200-page softcover book is available from Amazon.com | $27.33
VU Books | Books with a Point of View, Clemsford, MA

“This book is for all of you who love tea and want to understand more about your go-to beverage… In it, you’ll discover how tea growers, tea makers, and the leaf itself all work together to develop your favorite tea. There are plenty of wonderful books on tea, its terroir, origin, rituals, and preparation, but, so far, this is the only book on the sensory enjoyment of tea AND the science behind it… If you have a love of sensory experiences and want to understand a bit more of the wonders of flavor, this book is for you.” — Virginia Utermohlen Lovelace MD 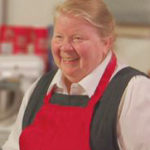 Dr. Virginia Utermohlen Lovelace is a physician and professor (now retired) on the faculty in the Division of Nutritional Sciences at Cornell University, Ithaca, New York.

2 thoughts on “How Chinese Describe the Aftertastes of Oolongs”