It’s easy to overlook Portugal’s role in the expansion of  tea culture globally. Portuguese discoverers were the first Westerners to have contact with the drink and while tea was initially reserved for royalty, Portugal is among the first European countries where tea was widely enjoyed.

The royal family loved it so much that Duchess Catarina de Bragança, daughter of King Dom João IV and Queen Dona Luisa de Gusmao, included tea in her dowry and is responsible for introducing tea to England after marrying King Charles II in 1662.

The first official Portuguese visit to China was Fernão Pires de Andrade’s mission to Guangzhou (1517–1518). By 1557, Ming mandarins in southern China allowed 900 Portuguese to settle in a trading colony on the peninsula of Macau, a short distance from Guangzhou. Seafarers from the earliest days returned with camellia plants from China that adapted very well but at the time, no one was aware that the leaves of the camellia plant were used to make tea, a trade secret that prevailed for 300 years.

Seedlings of various camellia varieties were brought to Portugal, and to this day they are a national passion. Especially in the northern region of the country, more specifically in Porto, known as the City of Camellias, where they have always been appreciated by the nobility. The flower has gained space in public places, but especially in farms and palaces and there are even tourist itineraries to travel the Camellia Route.

It was a long time before German journalist Nina Grutkowski discovered, in an interview she was doing for Deutsch Welle’s Portuguese service with a camellia expert, that the sinensis variety was the plant that gives rise to teas. In love with teas, she was very enthusiastic and remembered the tradition of camellias in Porto. She asked the interviewee whether it was possible to produce teas in the area, and he confirmed the information and ended up giving her a little camellia sinensis.

Her husband, Dirk Niepoort – a legend in the Portuguese wine market and heir to Niepoort winery, producers of port and also some of the best red and white wines in the country – shared her great love of tea. He encouraged his wife to undertake the endeavor.

At first, they planted seedlings in the coldest winter corner of their home garden in Porto, near the Dragon Stadium, to see how it would react. “Despite the cold, he was happy and we made two decisions: cultivating the tea for real and, to top it off, the company’s name, Chá Camélia!” (www.chacamelia.com), Nina says.

“In the beginning, in 2011, we planted two hundred seedlings in our garden with the help of a nurseryman and went to study more about it. We found out that the first crop only comes after five years, if we did everything right. So, in 2014 we decided to use a family farm that was disabled in Fornelo, about 30 minutes from Porto and very close to the sea, and transplanted the seedlings,” she explains.

But it was clear to the couple that they needed help from those who really understood the issue, as the production itself is complicated as well. “We wondered which tea we liked best and the answer was Japanese green tea. I contacted friends in Germany to start importing the Haruyo and Shigeru Morimoto couple’s teas, as they had been producers of organic Japanese green tea for over 40 years in southern Japan, in Miazaki, Kyushu Islands. I closed the deal and, more than that, they embraced the cause and came to visit us for the first time in 2012. Since then, they often come to advise us on the work in production,” says Nina.

And it is this aspect of the business that supports Chá Camélia, which has in its markets in Portugal and Spain its highest revenue.
But it is noteworthy that they only came to help in the development of Portuguese green tea cultivation! “We had and have a consultancy, but the project is ours. It’s a tea of  our own,” she emphasizes.

As in Japan, camellia sinensis plantations in Portugal thrive near the sea, an ideal place for them to grow in all their splendor.

“We started in full swing five years ago, planted a little at a time and finished planting the 12,000 seedlings in 2018, which totaled one hectare. Last spring, we had the first commercial crop and it is being successful. We already realized that there is a great potential in flavor, the result of a terroir of its own, confirmed by the Morimoto,” she rejoices.

On Thursday, they do absolutely everything! The cultivation is totally organic, they are already certified, do not buy fertilizers and most of the work is manual. “We make a compost with neighboring cow manure, straw and organic material and let it decompose for a while, and then apply it to the plantations. We clean the grass from the ground by hand, we do not use canvas to keep it from drowning, and we add pine bark to keep moisture, adding a lot of nutrients,” she says enthusiastically.

“My husband’s parents lived here and then the farm was abandoned for a long time. Its geographical situation is exceptional for tea culture ” In the rest of the farm, on the other hectare, they planted kiwi, apple, and pear trees, in addition to maintaining a collection of very rare and ancient trees.

Once harvested, the tea leaves are processed entirely by hand and produce Asian-inspired Japanese green tea with the whole leaves. “Vitor Marques and Isaura take care of the daily life of the camp. As our production is small, we can afford to pick the camellia flowers with the pollen intact, dehydrate it and make the flower tea. In fact, it is a herbal tea. But it is very rare, because even in Asia it is not easy to achieve, since the harvest is so intense that the plant does not create any flowers. In China, for example, growers sell leaves and drink flower tea themselves, as it is very easy to spoil it in the transportation, they suffer a lot being transported and it is not commercial for those who work with tons. That’s why they only sell the leaves,” she says. All Camélia teas are high quality and allow up to five infusions with the same leaves without losing quality.

“Even in Asia, tea begins to yield economically from the tenth year of production. Great compassion and a vision of the future is needed for the next generations, just like Port wine. We can set an example ”

Teaching the Portuguese to recognize a good tea

Already knowing in advance where they want to go, exactly eight years ago, many years after the first harvest, they decided it was time to start teaching the Portuguese to understand more about teas, a culture that has been lost over time. They promoted workshops and tastings of their tiny production. “And two years ago, we opened the doors of the farm for the public to know our production,” he says.

Camélia Tea also develops several exclusive blends for first-rate restaurants and coffee shops, always using Japanese green teas with some Portuguese ingredient. “The first one we developed was lemongrass green tea; the second was the Japanese green tea with dehydrated lemon peel, which we call lemon carioca here; the third is Japanese green tea with Portuguese rose petals; and the fourth, green tea from Japan with toasted rice and elderberry flowers. But only comes what comes directly from nature, without flavoring, acidulants or anything that is worth it,” she says.

The couple’s passion for tea and wine could not be anything else. They just launched The Kite Tea. It is a semi-oxidized Japanese organic oolong tea with its complex aromas of dried fruit and delicate tannins, aged in old wooden cases, the kites, which have already stored port wine produced by Niepoort. This is a delicate, surprising tea that introduces you to a new world of aromas.
Click here to purchase tea. 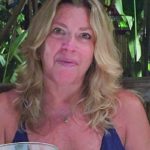 Marcia is a freelance writer and marketing professional based in Brazil.