The drive to the Tea Studio takes one into the Badaga hamlet of T.Manihatty in Tamil Nadu. The strikingly modern structure of the Tea Studio with its rust red roof stands out gorgeously against the lush green hills surrounding it. It sits at an altitude of 6,070 feet (1,850 meters). Inside, the compact machines managed by an all-women team is a scene unlike what one finds in an Indian tea garden, more synonymous as they are with vast estates, colonial touches, enormous machinery and large volumes of tea.

The scale may be small but Muskan Khanna, head of operations at the Tea Studio, is spearheading change that makes her incredibly proud.

Muskan is to the tea world born; her father Gurinder “Indi” Khanna, is well known, having spent decades working in Assam, Sri Lanka, Dubai, and the Nilgiris.

After graduating in media studies from Birmingham, UK, Muskan returned to India to work in advertising. Living in crowded Mumbai, on a shoestring budget, it didn’t take her long to say yes when her dad made her an offer – to come and work for him, in tea, in the Nilgiris.

Indi was keen to produce teas of the quality he was seeing on his trips to China. That was the Tea Studio’s mandate when it began two years ago. “I wanted to focus on manufacturing,” says Muskan.

Her team is small and entirely made up of Badaga women from the neighborhood. The Badagas are a Nilgiri community spread among 400 villages. Agriculture is their main occupation. Seventy percent of Nilgiri tea is grown by smallholders. Most of the villagers manage small lots of half or one acre on which they grow tea and other crops.  They are the source of green leaves for the Tea Studio. On one hand it’s a great way to support the community and the small tea growers. On the other, Muskan’s challenge was in impressing upon them the minimum quality of leaves she would buy. 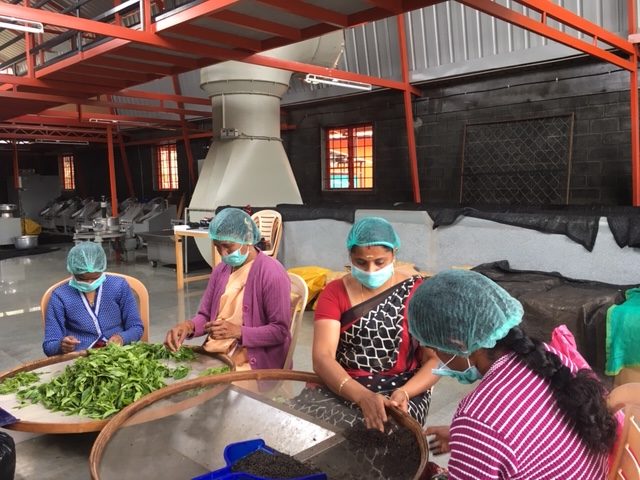 She set herself the task of training her team to insist on leaf selection and precise pluck. It didn’t help that the Badagas are a close knit community, and someone from her team would say, “That’s my husband’s uncle. I can’t say no to him!” In time, they saw that compromising on the leaf quality showed up badly in the processed teas. With a discerning team in place, and 7-8 regular suppliers, things have been moving well. Better prices have certainly been an incentive. “We pay between 100-150 rupees per kilo of green leaf as against 12-18 that bought leaf factories pay,” says Muskan. India sets a minimum price for raw leaves at the factory.

During the period April to August 2019, the average price of tea sold at auction was INRs164.97, compared to INRs170.70 during the same period during 2018, while the cost of production was INRs200 per kg. The Studio is able to charge considerably more.

Nearly 90% of Tea Studio’s teas are exported, with Canada, USA, Japan and Australia being their main markets. Teas are made to order, and the production is a modest 20 kgs a day (as opposed to 30,000 kgs/ day that a factory may average). It sounds like very small volumes to sustain a business – their largest consignment was 500 kgs – but Muskan seems to want to progress steadily, with firm control on quality and production. It offers her opportunity to implement a certain kind of space, like keeping it green by introducing LPG for low environmental impact. 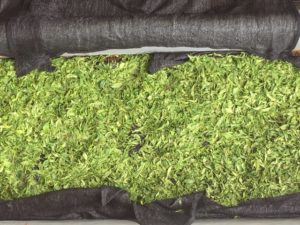 IMG 1615Tea ready to be processed 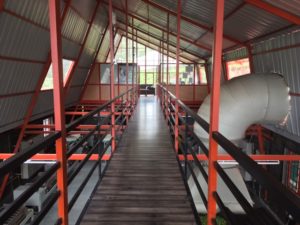 IMG 1617Upstairs in the processing facility 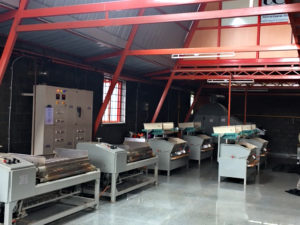 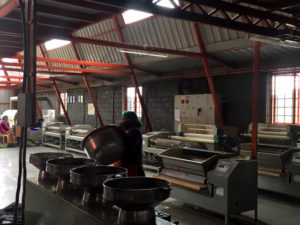 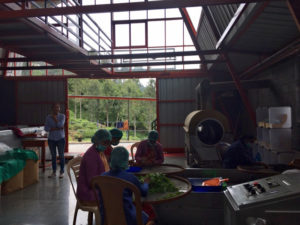 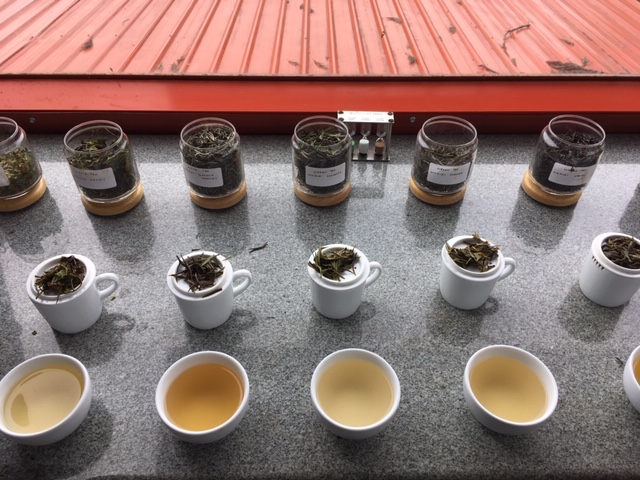 Tea Studio celebrated its second birthday in August 2019. What it offers is a new model for processing tea in India. Small has not meant few teas. Already, the Tea Studio’s portfolio has expanded from seven in its first year to 16 teas, including Chinese-style green teas, along with a few blacks, white tea, and oolong. Some additions are to meet customer requests. A Japanese buyer wanted the shape of green tea but the flavors of a black, and that resulted in the Nilgiri Orchid. The Nilgiri Bamboo stands out, a patent pending tea and Muskan’s first innovation. Made from the discarded stalks of the tea, they are rolled flat and roasted to make a light and pleasant infusion. In the pipeline are plans to purchase equipment needed to blend tea.

In keeping with a focus on quality, plans are afoot to start planting chinary teas. This is going to take a few years. But then, Muskan and the Tea Studio seem to be in for the long haul, and committed to the Nilgiris, specialty teas, and the local community. “We are building the women-run concept,” says Muskan. “We want to keep aside 2% of our profits to put back into the community.”

The Tea Board is yet to take cognizance of artisan tea makers like Muskan. When officials from the Board visit her studio, she’s asked, “orthodox or CTC?” and when she replies, “specialty” it’s often met with a blank. Specialty teas may be an acquired taste but in India, there’s not a sizeable market for it yet – a complaint often heard among orthodox and specialty tea makers and sellers.

The view from the Tea Studio is gorgeous – clean, lush green gardens, clear blue skies… but it’s not what Muskan stops to enjoy every day. On the ground floor of the factory, there’s that familiar aroma of tea being made and it receives Muskan’s absolute attention.

There’s also a happy willingness to share what she’s learnt on her journey. The Tea School is a new program, offered to visitors who want to experience a day spent working with tea, plucking and making it. Muskan also hosts visitors who are interested in embarking on something similar. Accolades have begun, and earlier this year, Muskan was named Woman Innovator of the Year in the Indian Business Women Awards.

In the years since her move to the Nilgiris, Muskan has gotten married, to a tea planter – “he makes CTC”– and put down her roots here. Her focus is clear, it’s the Nilgiri tea that she’s interested in, and in making it with care to take to the world, to show them why it ranks up there with the very best of teas.

3 thoughts on “The Studio: Muskan Khanna”