Unraveling the Mystery of Dark Tea 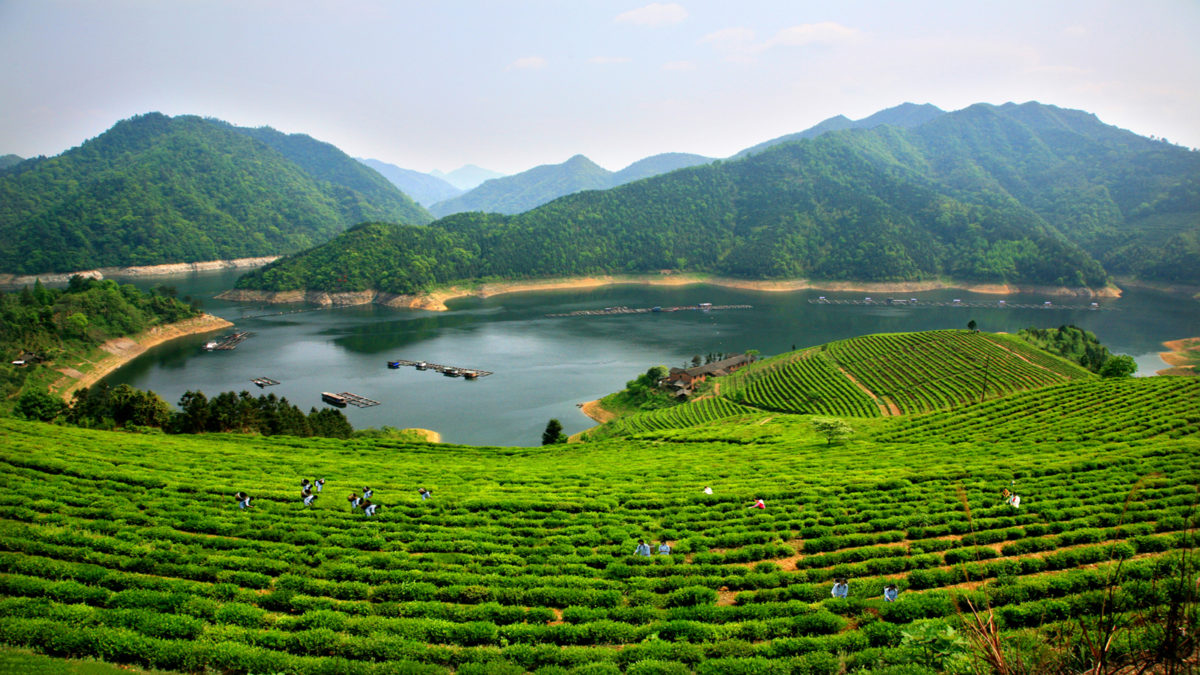 Plucking tea along the banks of the Zijiang River.

Anhua in northern Hunan Province, known as the heart of Meishan culture in ancient times, lies along the Zijiang River. The Meishan people lived in this area for 5,000 years and are one of three ancestral Chinese cultures (along with the Zhongyuan and Jingchu). 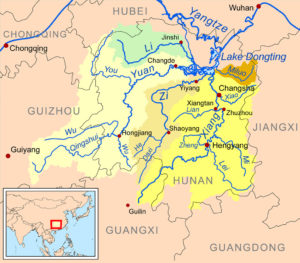 Anhua county has been famous for its tea since ancient times but two centuries would pass before science could explain the mystery that enabled modern production. Today Anhua county is home to about one million people living in 18 towns. Most are employed in producing and selling tea. Anhua is both the southernmost and westernmost division in Yiyang and was an important way station along the Tea Horse Road. The county was established during the North Song Dynasty (1072) and grew in importance during the Ming and Qing Dynasties. Forest covers 77% of its mountainous terrain which is drained by an extensive river system that flows to the Yangtze, downstream from Wuhan.

Growers in Anhua county invented the dark tea processing technology before 1524, which led to the rise of dark tea production and marketing. The compact and easily transported tea was very popular locally and in 1595,  Anhua dark tea was formally designated as the “Official Tea” of the Ming dynasty government making it a regulated form of currency. This led to widespread export throughout northwest China. In the hundreds of years that followed, dark tea was considered the “tea of life” by northwestern ethnic minorities and referred to as the “mysterious tea on the silk road” by the world because no other tea makers understood the closely-held processing techniques handed down by families from one generation to the next.

The acreage under tea in Anhua grew from 7,266 to 24,000 hectares (109,000 to 360,000 mu) from 2007 to 2019. During this period the volume of tea produced increased from 11,000 to 90,000 metric tons and the number of tea processing enterprises increased from 20 to more than 200. Today there are three national-level enterprises, eight provincial leading enterprises, and 11 provincial high-tech enterprises. Anhua Dark Tea has completed retail rollout in large and medium-sized cities in China, and has more than 40,000 brand stores in China, with a rising market share. Its products are exported to more than 20 countries around the world. Anhua has been one of China’s top 10 tea-producing counties for 12 consecutive years and won first place in the comprehensive ranking of the top 100 tea counties in China in 2019.

Family-specific techniques are why Anhua is the birthplace of so many varieties of dark tea. During the Qing Dynasty businessmen in Shanxi developed numerous dark tea treasures such as Yajian tea, Tianjian tea, Gongjian tea, and Shengjian tea. Tea merchants serving the export market invented Bailiang tea, a cylindrical tea. The post-fermented tea is compressed into a shape that resembles logs so it can be easily transported by horses. The tea is sheathed in bamboo that protects it from the elements. These teas are still available as Qianliang (large cylinder) and Shiliang (small cylinder) but the most common shape is Bailiang which translates as 10 Liang. Liang describes a traditional unit of mass, a 10 Liang slice weighs approximately one pound.

During the early Ming Dynasty growers improved on the then-popular Sichuan Wucha (Tibetan tea) by abandoning boiled and steamed green leaf processing for a pan-fried process which produced a taste more popular with Tibetans. Along the entire northern frontier, tea became a daily necessity. Processing, however, was limited in scale until 1939, when Peng Xianze, known as the father of dark tea theory, succeeded in producing brick-shaped dark tea in Anhua.

He founded the first brick tea factory in Hunan Province producing at first Heizhuan tea (1940), then the first “Fu Brick” Fuzhuan tea (1953), and the first Huazhuan tea (1958). Fu Bricks display small “golden flowers”  that grow on the surface of the tea due to more aggressive pile fermentation. The factory, established by the Zhangzhou Company in Zhangzhou was taken over by the Hunan Provincial Government in 1950 and the name was changed to Hunan Anhua Tea Factory. Dark tea in 2020 accounted for about 5.8% of China’s tea exports by value.

Anhua dark tea is black or dark brown in color, it steeps to an orange-yellow or orange-red and tastes mellow with pure fragrance or unique pine smoky flavor, and can be brewed in a long-lasting time. Commonly described as possessing camphor, mint, or the taste of pine resin.

When stored in a well ventilated, dry, and cool place the quality of Anhua dark tea improves. To some extent, the longer it is aged, the better. Aged dark tea producers a redder liquid, has a sweeter taste and intoxicating fragrance.

In recent years, thanks to strong support from the government, Anhua county has focused on the integration of tea industries, resources, and publicity, and promoted the high-quality development of the Anhua tea industry. At present, Anhua county is China’s No.1 dark tea-producing county and dark teas generate the most tax revenue. Anhua dark tea has gradually grown to become a pillar of local industry with large-scale production, a famous brand. Anhua tea is vital in achieving the strategic goal of 100 billion Xiang Tea in Hunan Province. 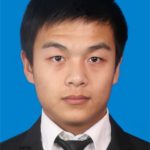 Liang Xiao is from Taiyuan, Shanxi Province, China. A graduated from Beijing University of Aeronautics and Astronautics he is currently working at the China Tea Marketing Association where he is engaged in data analysis and research of tea industry. Articles include an "Analysis on the Production and Marketing Situation of China's Tea Industry" and "Report on the Production and Marketing of China's Dark Tea".