Nepal is a landlocked country of 30 million people located at the base of the Himalayas, sharing a border with China to the north and India to the south, west, and east. Nepal has eight of the world’s ten highest mountains; Mount Everest rests on the China-Nepal border.

A monarchy until 1990, Nepal has undergone extraordinary changes in recent decades, including civil war, Maoist insurgency, deeply embedded political in-fighting (there are 12 recognized ethnic minorities with 75 political parties registered for the November 2022 elections), and years of delays in constitutional development, to now, a federal republic. Nepal’s location is considered highly strategic, resting between the global superpowers of India and China.

Yet independence or location hasn’t given the country any louder voice on the global stage or access to the same economic opportunities. Although it has made significant improvements, Nepal is still one of the world’s poorest countries: one in four people lives below the poverty line. Annual per capita income is $3,878 (PPP*). It is estimated that 25–30% or more of the country’s GDP is from remittance–workers living abroad sending money home because there is no work in their home country. More than 70% of the people who remain work in agriculture.

Nepal annually produces 25,000 metric tons of tea, of which 19,000 metric tons are CTC (cut, tear, and curl). In 2020 Nepal initially experienced a 30-40% decline in harvested tea but retained its export capacity, according to the Kathmandu Post. A pandemic-induced surge in demand for orthodox tea in Europe and the US boosted exports as health-conscious Europeans drank more tea at home. Yet only a small quantity of tea reaches international markets; most tea (90%) is shipped to India tariff-free to be blended, where it loses its marketing identity.

Historians say the first tea bushes in Nepal were grown from seeds gifted by the Chinese emperor. Meanwhile, the earliest tea roots in Darjeeling are a colorful mix of espionage (smuggled seeds from China), tireless research, and trial and error by the British. India’s famed Darjeeling tea district of West Bengal shares its eastern border with Nepal.

Small farmers produce most of the nation’s tea. A survey conducted jointly by the Central Bureau of Statistics and the Nepal Tea and Coffee Development Board found that only 3,244 of the three million in Nepal’s tea industry are employed full-time. The survey found that 59% of full-time workers are male. There are 2.3 million female seasonal workers. An additional 18,180 of those surveyed are self-employed on their own tea farm. Workers earn between NPRs 1,800 and NPRs 2,700 (about $20 USD) per month. Farmers face several challenges, including compensation under the minimum wage, insufficient food and housing, inadequate equipment, and exposure to strong pesticides without personal protective equipment. Plots are small in stark contrast to the vast tea plantations and social complexity of such systems in India.

The farmers can either process the tea themselves or sell the raw leaves to factories. The factories are limited and unsuited to modern tea processing in areas that are fortunate enough to have production facilities. Very few producers have withering troughs and rollers. Sorting is by hand. Ownership of the land and the tea plants remain with small farmers, which is a good thing. However, the limited means to produce and sell the finished tea in an accessible market keeps producers in poverty.

Tea in Nepal: Where & When?

Nepal’s critical districts for leafy orthodox tea production are mainly in the eastern part of the country: Ilam, Panchthar, Dhankuta, and Terhathum.

The four production seasons are similar to Darjeeling but with different timing. The spring season gets underway in late March and early April. By contrast, Darjeeling can have teas ready by February in some years, although global warming is changing this pattern. Peak time harvest in Nepal runs until November, with a spring, summer, monsoon, and autumn crop.

Concerns are arising over climate change as Nepal experiences severe hailstorms that can destroy 15% of a farmer’s crop in a single storm. Drought is also more common.

The reason for the different timing is elevation. The high-grown teas of Nepal start putting forth leaves quite a bit later than Darjeeling. On average, the quality gardens are located at a higher altitude, at least 4,000 feet (1,200 meters). By contrast, Darjeeling has quite a few gardens below this level, including famed quality producers. This elevation difference means that Darjeeling teas have a calendar advantage in being first to market. You’ll have to be patient if you want the excellent spring picks from Nepal.

Tea producers in Nepal utilize their hybrid of British orthodox and Chinese tea production techniques, which has given the tea its unique character over the years.

Where does Nepal’s tea go?

Unlike tea-loving powerhouses such as Japan or Korea, where foreign buyers nearly always line up behind the locals for competition, the domestic market in Nepal is relatively tiny–too small to buy everything that’s produced. The main challenge is selling. Most of Nepal’s tea goes to India at meager prices, with no guarantee of complete or even partial payment. Nepal tea producers can end up with long credit periods and broken contracts, deepening an already precarious situation. This problem also affects the brand identity of India’s tea. Producers in Darjeeling have seen their products become confused and muddled with the unauthorized blending of outside teas to lower the price. In November 2021, India banned the blending of Nepal tea with Darjeeling-grown teas but reversed that decision a year later when it became apparent the largest brands, including best-selling Tata Gold, simply turned to other suppliers. Tata did not market their blend as Darjeeling, they simply bought about one million kilos annually to enhance its blend. The new rule permits Indian blenders to include foreign imports so long as they do not market the tea as Darjeeling.

Meanwhile, orthodox teas have found a fast-growing following in markets such as the US, Europe, the UK, Australia, and Japan. At the same time, CTC grades are mainly sold to India, Pakistan, and Russia. Shipping out of the country is just as tricky as production and sales. Trade relations between Nepal and India, especially concerning products moving across their shared borders, have not always been helpful. In past years Nepal was almost entirely cut off by blockades and increased inspections by Indian authorities citing food-safety concerns.

COVID-19 increased demand for Nepal tea, boosting the export market, but growth has slowed overall. During the years 2015-2019, Williams & Marshall Strategy, on Market Research.com, estimated the market for Nepal tea increased by an average of 12% per year from $82.3 million in 2015. The compound annual growth rate slowed to 9% (CAGR) from 2020-2025, according to Market Research.com. Nepal is forecast to reach sales of $224 million in 2025.

“The average consumption per capita in value terms reached $2.91 per capita (in retail prices) in 2015. It grew at a CAGR of 11% per annum in the next five years. In the medium term (by 2025), the forecast is a slowing CAGR of 8% per annum,” writes Market Research.com.

Progress and the future

Despite these many challenges, interest and love for Nepali tea are blossoming. Producers are progressing in securing a place for their specialty-grade teas in niche markets. They also operate under a strict code, which, among other goals, aims to preserve their Himalayan home’s biodiversity and soil fertility. The aim is to prevent gardens from turning into monoculture, sustainability-threatening operations. At the same time, there are more and more outspoken advocates sharing the message of the truly unique character of such teas.

Awareness of the importance of tourism and increased connection to Nepal has led concerned tea lovers to ask, “What can I do?” The answer? Support Nepal tea through your purchasing. Ask your local tea shops and cafes to carry Nepal tea. Just as New World and Old World wine can coexist and find an audience, so can the many unique flavors of Himalayan tea for the benefit of everyone. 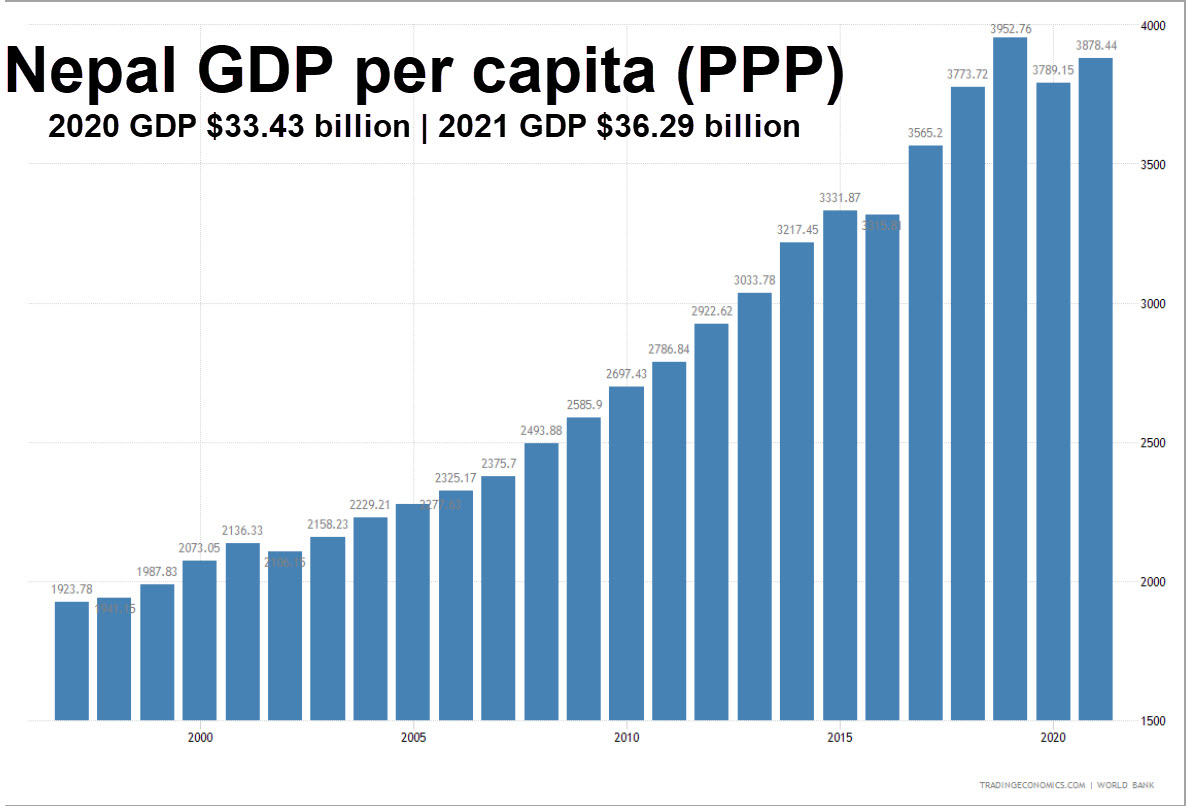 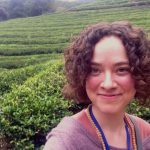 Suzette Hammond is a tenured international tea educator and the founder of Being Tea, which provides workshops, training, and QC development services. She has worked more than 10 years in training management and education director roles for leading tea companies, as well as leadership in industry trade groups. She is based in Chicago, USA.

by Millennia TEA - 6 months ago