Skip to content
Home
Get The App
My Account
Subscribe
Advertise
Contact
Tea is grown in three main regions of South Korea: Jeolla-do (mainly south), Gyeongsang-do (mainly south), and Jeju-do, an island off the southern tip of the country. In the peninsula, much of the tea grows near Jirisan, the largest mountainous national park in Korea located in the middle of Jeolla-do and Gyeongsangnam-do (South Gyeongsang). Though recent global climate changes have brought longer summers and winters, Korea experiences four distinct seasons with temperatures ranging from belo 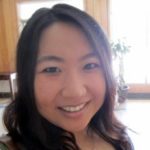 Mina Park is the general manager at Hankook Tea Company, which has been manufacturing tea in Korea since 1951, and has established its U.S. branch in 2005. She has been with the U.S. branch since 2006, and in her many years with the company, oversaw each stage of change from retail storefront into wholesale and distribution. Over the years, she played multiple roles within the company related to international communications, business development, management, finance, marketing and customer relations. She has also represented the company on numerous occasions in trade shows, educational seminars, and presentations, playing a role in providing education about Korean tea and culture in North America. She is also a co-founder of Suro Cha, Inc. in Los Angeles, which is a brand that showcases tea blends and herbal blends.