Highly-sought Phoenix wulongs mimic fruits, flowers, and herbs to delight the senses with uncanny aromas. Nothing is added.

Fertile soil, high elevation, and mist combine to make a complex and aromatic tea so prized that growers on Fenghaung Mountain in China’s Guangdong Province famously gave Ya Shi Xiang an unattractive name to keep its cultivation secret. Word got out and King of Duck Shit Aroma is just one of many Phoenix wulongs named for their unique and very specific character. Tea trees in this region are left unpruned, allowing them to grow to their natural height of 52 feet (16 meters). The leaves of the Bai Ye trees are larger and broader than most varietals. No flavoring is added yet teas like Mi Lan Xiang (Honey Orchid Fragrance) and Xing Ren Xiang (Almond Fragrance) delight the senses with uncanny aromas that mimic fruits, flowers, and herbs.

Mi Lan Xiang is the most easily accessible variety for those outside of China but those in country can find teas that remind them of fresh apricot and honeysuckle, grapefruit, peach, dried fruit, nectar, roasted nuts and slightly burnt sugar.

Dan Cong translates into English as “lone bush” and while it is sometimes claimed that the leaves were taken from a single tree, it is more likely that they are clones of the original. The plucking standard is unusual. Pluckers, who must climb into the tallest trees, select three to four larger leaves rather than the tender buds used in making green tea.

It can be difficult to find high quality examples but here are a few points to help savvy consumers separate the wheat from the chaff. Matt Tran and Dawn Liang of Tea Angle often travel to the region sourcing tea. They warn that if a vendor does not list a distinctive fragrance then it is likely that what they are actually selling is Lang Cai, a similarly processed tea that is made with lower quality leaves.

Dan Cong is harvested year-round but the best teas are produced in the spring months of March and April. The final roasting step is carried out by producers several months later so new teas each year will not be available to North American consumers until late summer. Summer harvests of Dan Cong are lower quality and bitter. Reputable vendors list the month, year, and even a specific date of harvest for the teas that they offer.

Inspecting the dry and wet leaf reveals a lot about the quality of a tea. Dan Cong leaves should be uniformly long, tightly rolled, and mostly unbroken. They will also have a healthy luster with an evenly dark color. The aroma is clearly apparent when the leaves are shaken inside of a warm, dry vessel.

After the leaves have been infused a few times you should be able to observe that they are still intact with a soft, supple texture. Some red edges are to be expected from oxidation but they should primarily be a vibrant shade of green. The liquor of a high-quality Dan Cong is very clear with a bright, gold color. Teas possessing a fruity fragrance tend to be a bit darker than those with floral fragrances.

The taste of a good Dan Cong should echo its assigned aroma. Mi Lan Xiang has sweet notes of honey with orchid while Huang Zhi Xiang hints of stone fruit with the fragrance of gardenias. In the mouth there is a smooth texture with nice depth to the flavor and a lingering aftertaste. Phoenix wulongs are known for what is called hui gan in China, a rising sweetness tea drinkers experiences in their throat. Although the teas are charcoal roasted, they should never taste of smoke or char.

Zhen Lu of Zhen Tea comes from a family that has been working in Chinese tea for more than 20 years. She advises that a good quality Dan Cong should be able to pass the boiling water test. If a tea becomes unpleasantly bitter when brewed with boiling water, assuming no other parameter has been changed, then it is either poorly processed or made from lower quality material. This tip applies to other varieties of wulong as well.

When it comes to Phoenix wulongs you get what you pay for. You don’t need to break the bank but be wary of seemingly great deals. They a seldom be of very high quality. Cheaper teas are grown at lower elevations (below 3,200 feet) and require the addition of pesticides and fertilizers to meet volume demands. Chose a knowledgeable vendor that sources directly from the region directly. Fantastical claims about the age of the tree from which the leaves were harvested is a red flag to avoid. 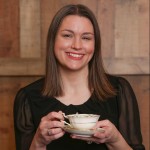 1 thought on “Looking for that Special King of Duck Shit Aroma?”