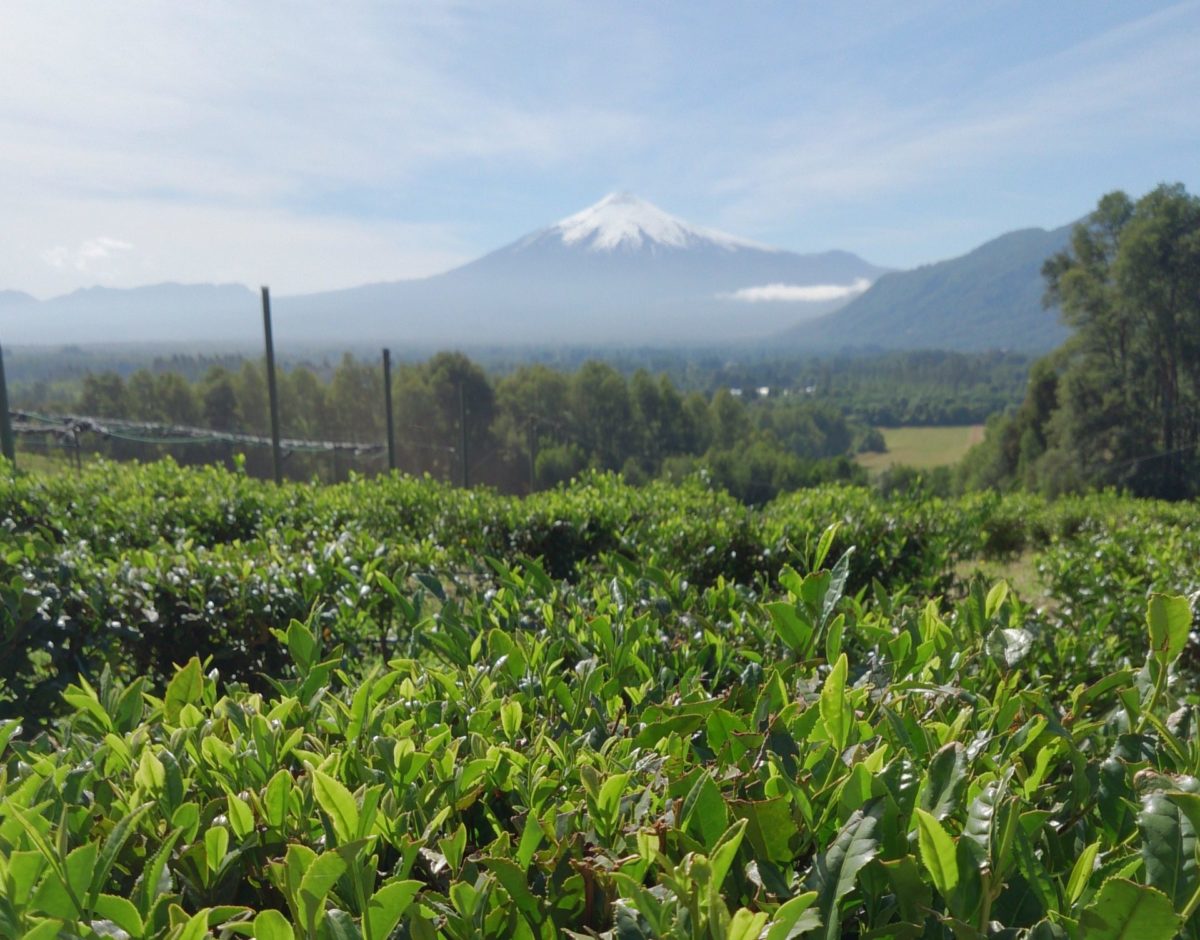 Tea is a staple in Chile, a country steadfastly loyal to tea located on a continent of coffee drinkers. The tea market there is growing at 20% per year, driven by a desire for health and wellness and an appreciation for better tasting specialty tea.

There is no reliable data on when tea first arrived in Chile, but it is likely around the end of the 18th century, brought by the English who sailed the Strait of Magellan. The earliest stories describe their arrival at the Port of Valparaíso where packages of tea were presented as gifts.

In those times British elites shared a morning tea break called the “elevenses.” In Spanish, eleven  translates as “once.” The daily tea break became popular among saltpeter miners and those working underground mining copper, silver, and gold in the desolate and geologically active Atacama desert in the shadow of the cordillera, a system of intervening plateaus and peaks common to the Andes range.

As the tradition of  “La Once” took hold, the time of day gradually shifted to an early-evening feast of roll-like marraqueta and biscuit-like hallulla taken with cheese and scrambled eggs at five in the afternoon, writes Mark Johanson in Gastro Obscura. “Make no mistake: la once is not the English tea time,” says documentarian Maite Alberdi, whose 2014 film La Once follows a group of elderly women who’ve plotted the course of their 60-year friendship through monthly tea gatherings. “Our version is not nearly as sophisticated,” Alberdi adds. “It’s much more egalitarian, with rich and poor families using mostly the same items.” Tea can be found in 99% of Chilean homes. In South America, only Chile and Bolivia show a preference for tea over coffee In 2016% tea accounted for 39% of total hot drink sales, compared to coffee at 19%. 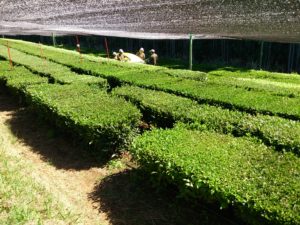 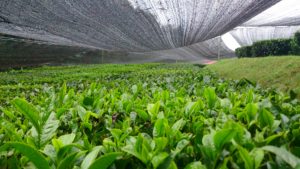 Shaded tea plantsTea under netting to dissipate the heat of the sun. 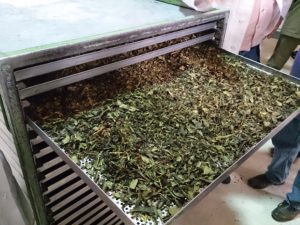 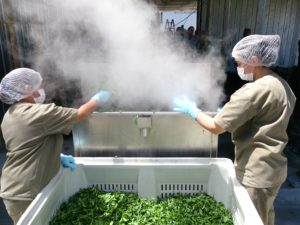 Chileans drink an average of 427 cups a year, almost as much per capita as the Chinese, according to the United Nations Food and Agricultural Organization (FAO). Euromonitor International estimates Chileans consume more than 87.2 liters per person per year, placing them among the top 20 consuming countries. More critically, Chileans are choosing premium teas, paying more per kilo for imported tea, mainly in teabags.

In 2016 79% of tea drinkers purchased specialty grades with 21% of black tea drinkers choosing standard teas. Chile imports 15,000 metric tons (15 million kilos) annually. Green tea sales are modest but increased to 530 metric tons. Organic green tea is the fastest-growing import segment accounting for $2 million in sales in 2017. Herbal tea sales, by volume, were 363 metric tons. The market was valued at $191 million in 2016, up from $100 million in 2010. There are 19 million people living in Chile, many of whom are Spanish or of European descent.  The median age in Chile is 35 years, according to United Nations data. Most (85%) live in cities. The capital, Santiago, is home to 4.8 million.

The commercial cultivation of tea is recent. Only 3% of Chile is arable land. In most parts of the country tea cannot thrive, but 20 years ago German botanicals supplier Salus Haus established what is the southernmost tea plantation in the world. Salus Chile and Salus Floradix were established in the 1990s to source herbs marketed globally by the Bavarian-based firm. Tea was planted in 2002 on the 1,500 acres (600 hectares) Salus Chile farm and is marketed by Salus Floradix. About 500 acres (200 ha) is cultivated with 25 crops in all, including artichoke leaves, linseed, and dried fruit. Many of the 120 different plant species are medicinal.

The Salus tea fields are planted in the shadow of the formidable 9,275-foot (2,827-meter) Villarrica Volcano which has erupted 59 times since 1588. The high altitude garden produces green tea. Floradix director María Isabel Espejo Uribe says “what the estate produces more than anything, is green tea in bulk. We do not sell finished tea,” she says. During the five years ending 2016 tea exports averaged only $3.5 million per year. Exports are mainly bulk tea repackaged and sold to Brazil ($960,000), Argentina ($750,000), Guatemala ($591,000), and Uruguay ($450,000).

Founded in 2006,  La Tetería  is Santiago’s first gourmet tea shop. The company operates a small farm managed by women with tea shops in Santiago and Providencia. Co-owner Patricio Hurtado offers a large selection of tea and teaware that includes teas from many different origins.

Consumers buy 85% of their tea from the largest companies. The top brands are Unilever Chile (Lipton) Tea Club, Cambiaso Hermanos (Supremo Tea), and Tres Montes. Most tea is imported in bulk and packed locally. There are also several chains of specialists in the sector, such as Adagio Teas, and Pibamour  Teas from abroad (Twinings) are available at Walmart Chile and British Whittard. La Teteria and Milagritos Té retail online and operates tea bars. Since 2019 coffee and gelato chain Travelli has featured Dilmah Tea.

Broad preferences in origin and style and a growing interest in premium tea sold in tea bags marks the fastest-growing market segment, according to Euromonitor. Diversity is evident in the countries from which Chile imports both green tea and black tea. According to the Ministry of Finance, green tea arrives from China, Sri Lanka, Indonesia, and Argentina. Black tea is imported in much greater quantities.  Sri Lanka supplies the majority of black tea, valued at $31 million in 2017, followed by Argentina which sold $7.8 million worth of tea to its neighbor that year. Tea is a mature category but is expected to expand to $221 million retail (mainly for consumption at home) and foodservice by 2021, according to Euromonitor.

4 thoughts on “Harvest Review: Tea in the Cordillera”