Over many centuries, successive waves of tea and tea-drinking customs flowed from China to Japan. The Japanese absorbed the Chinese influence but, over time, Japan established a unique cultural milieu around tea. Now the currents of Japanese tea culture are flowing outward to Europe. In the past 50 years, Europeans have been diving and delving into the green waters. What is it about Japanese tea that attracts Europeans, and how is it pouring into European culture?

Europeans who have become deeply involved with Japanese tea offered their opinions. 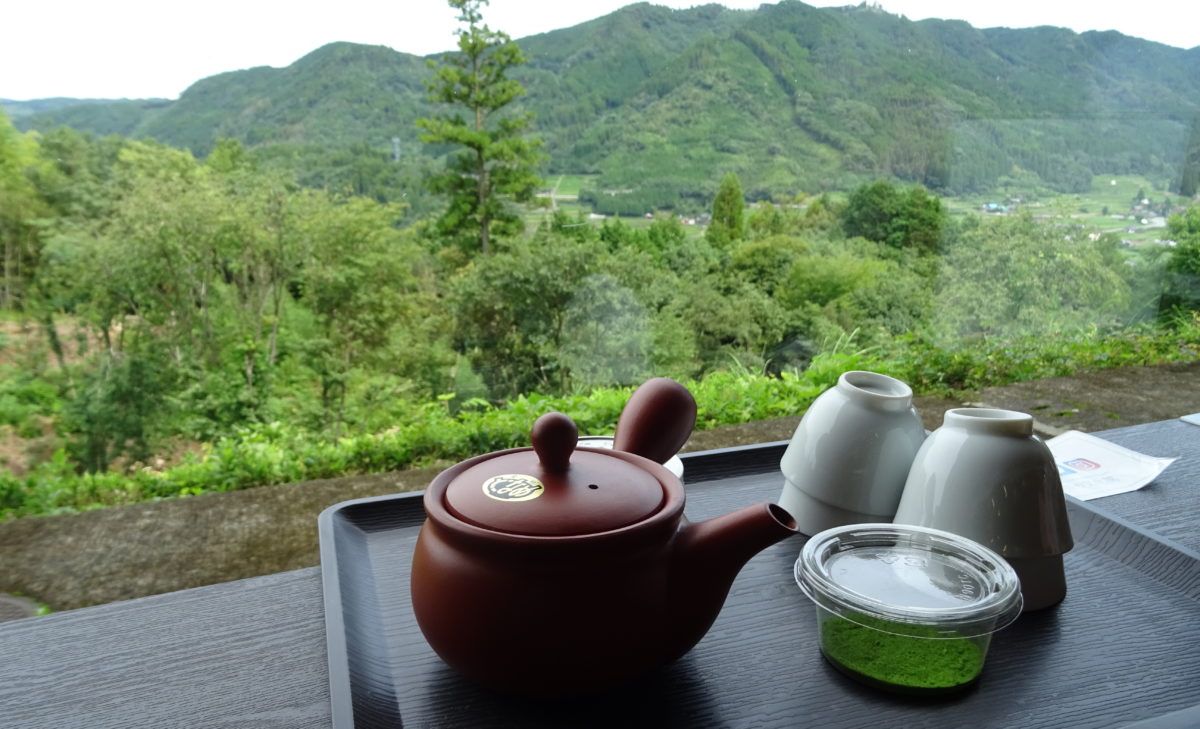 Although their answers are not definitive for all Europeans, their observations provide useful generalities that tea industry workers should contemplate.

Food, many say, was a door through which Japanese tea entered Europe. Andre Andersson from Sweden is a tea trader for Kagoshima Seicha, a Japanese tea company in Kyushu. Reflecting on his personal and business experiences, he says that for many Europeans, a sushi meal at a restaurant was an introduction to green tea.

According to the research of the Japan External Trade Organization (JETRO), “Starting from the mid-to-late 1980s, the sushi boom rippled across Europe.” One reason for the sushi boom, which raised awareness of other Japanese foods and beverages, was the association of health with the Japanese diet.

Europe is all about organic
Prominent researchers who were studying longevity in the early 2000s, during the sushi boom, coined the term “Blue Zones” to describe five areas of the world where lifespans are longer than usual. Japan was included, furthering the positive image of Japanese eating and drinking habits.

Parallel with the rise in awareness of the benefits of a Japanese diet is the growing demand for organic products in Northern Europe. Kagoshima Seicha, which decided to make organic teas their niche, is riding this wave. Simona Zavadckyte, a founding member of the Global Japan Tea Association, who has participated in numerous tea events in cities across Europe, says, “Europe is all about organic.” She reminds Japanese tea farmers that the regulations for organic tea in Europe are stricter than those in Japan.

Matcha is the essential Japanese tea across Europe, said all of the experts interviewed for this article. And comparing the European countries, they believe that France, Germany, and the Netherlands have the most varieties of Japanese tea for sale in shops.

Belgian tea sommelier Sofie Vercauteren says that “interest in Japanese products is on the rise in Belgium for two reasons. Firstly, they are considered healthy.” Secondly, Belgian chefs who are promoting Asian foods value the umami flavor.

See, How Leaves of Different Ages Provide Flavor in Your Cup

Nonetheless, many people are still unfamiliar with umami. She reports that the average tea drinker is often surprised by their first experience with umami. However, Belgium is a country whose people love restaurants. More and more chefs are emphasizing the umami flavor and are cooking with tea. Vercauteren, who has traveled the world studying tea, has developed an expertise in pairing foods with teas. And she teaches the subject of pairing tea with food at the International Tea and Coffee Academy in the Netherlands.

Zavadckyte mentioned that the matcha Kit Kat confection, always popular in Japan, became a hit souvenir item for Europeans visiting Japan. Aware of this popularity, the Nestle company released the matcha infused candy bars in Britain and France. The news made the headlines of major European media. The lede sentence in a Guardian article published in 2019 reads, “A sensation in Japan, the green-tea version of the chocolate bar is finally reaching Britain’s shopping supermarkets.”

European children familiar with the flavor of matcha Kit Kat are likely to become matcha drinkers in the future and consider matcha as an ingredient in pastries and other sweets.

High-grade matcha is Kagoshima Seicha’s bestseller, but Anderson notes that sales of benefuki are steadily growing in Europe, and he projects a continued increase. Benefuki is a tea varietal developed at a tea research facility in Kagoshima.

Within Japan, many tea companies encourage consumers to drink benefuki tea during hay fever season. Many tea sellers and consumers believe that benefuki has “allergy prevention effects.” According to Anderson, many Europeans enjoy botanicals for healing simple ailments more than commercial pharmaceuticals. Therefore, future marketing plans include promoting the benefits of benefuki tea.

With offices worldwide, JETRO has a significant role in promoting Japanese products abroad, advising Japanese companies, and hooking up foreign tea buyers with Japanese sellers. This JETRO video emphasizes the points above and also explains how JETRO assisted a Japanese tea farmer in visiting Germany to develop connections with Europeans. JETRO also introduced workers from a tea company based in Slovakia to Kagoshima Seicha. They came to Kagoshima, toured tea farms, and started a mutually beneficial relationship.

My goals are to become a better writer and educator. I want to inform, persuade, and touch others with my words. For over twenty-five years, Japan has been my home and base from which I explore the world. I am a tea enthusiast, hot spring addict, animal lover, snowshoe athlete, environmental activist, professor, and travel and culture writer. Please read my scribbles and join me on my journey around this fantastic planet.