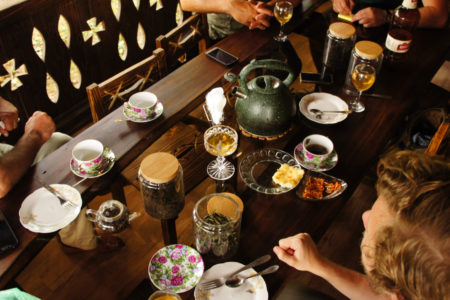 Many sought to establish a tea dynasty in Georgia, and failed until a tea merchant named Popov invited the Cantonese (Guangdong) tea expert, Liu Junzhou (刘峻周) and ten of his countrymen, to Chakva, just north of Batumi, in 1893. Liu brought 1,000 kg of tea seeds and 150,000 saplings from China. By 1950 under Soviet control Georgia tea supplied half the world. Read what happened next.