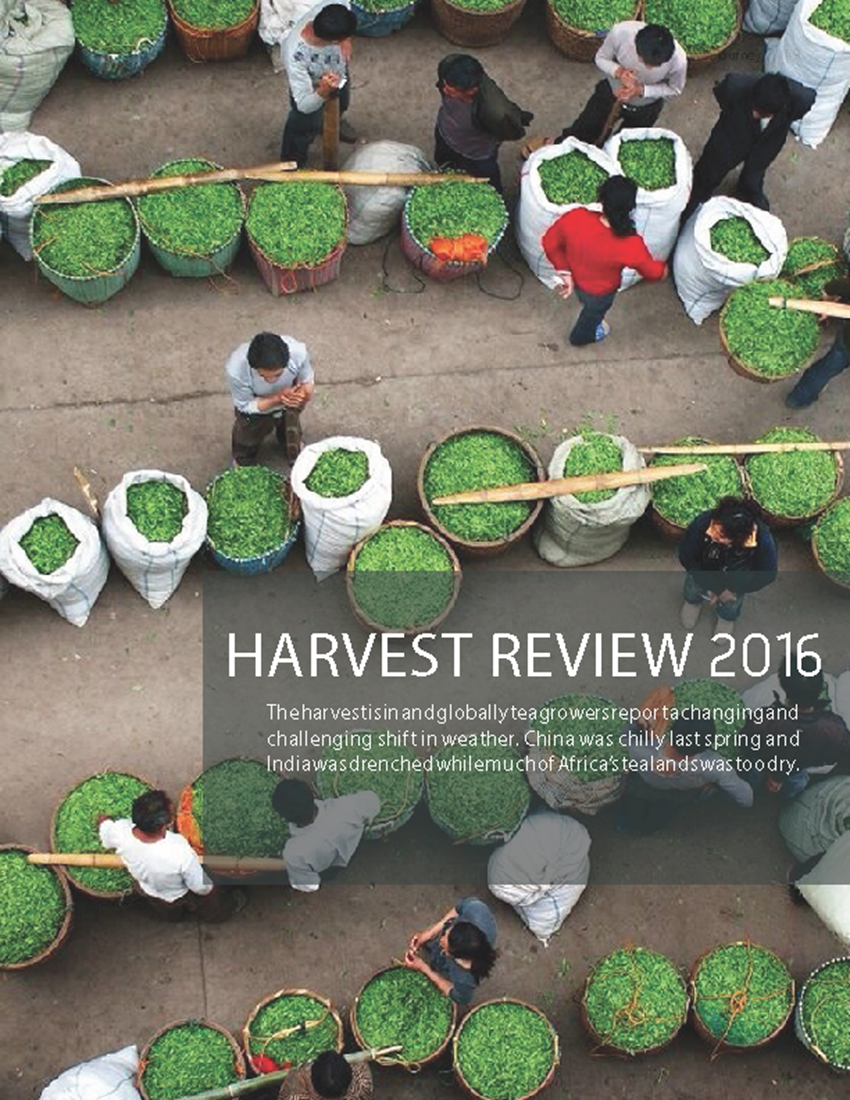 Around the world, tea is marketed as freshly picked, newly processed produce. Every harvest is anticipated with excitement. New arrivals awaken an eagerness to rush home and try the season’s bounty.

In western countries, tea is bagged and boxed, packed into tins, and displayed in packets on grocery shelves. The emphasis is on uniformity and convenience. In the West, consumers select their tea from rows of tins but in the villages and cities where it is grown, tea is openly displayed in its aromatic glory.

In most of the world, tea is sold in kiosks or in small stores located along a plaza, often near other vendors that specialize in tea. Service is personal. Customers approach with a refined sense of which teas they enjoy. The emphasis is on service, as customers are seated and served teas carefully prepared by trained staff.

In this first annual harvest report, Tea Journey asked in-country writers and tea experts in 24 major tea-growing regions to describe the local harvest as they would to local tea drinkers.

The resulting 2016 Harvest Review takes readers from Africa and Australia to China and Indonesia and Japan. The extraordinary photographs are of the fresh artisan teas you are drinking today made by extraordinary men and women in the exotic lands where tea is grown.

Tea is highly perishable. Leaves must be processed within four hours of harvest to retain peak flavor. In wholesale markets and at major auction centers around the world, tea is initially judged by sight and smell; prices are negotiable as traders evaluate the many variables – but the real bargaining takes place after brewing.

Overall, 2016 was a difficult year. Kenya, the world’s biggest exporter of black tea, enjoyed an unusually wet October, which led to big production gains in January and February. The country’s 650,000 farming households increased production by 70 metric tons to reach 214 MT by mid-year. Exports for the first half of the year are 33 percent greater than the 2014–15 harvest, driving prices down to $2.19 per kilo (which means growers there receive about a penny per teabag or 22 cents of the 100 g packet sold by retailers for $12).

Soaring global temperatures (the longest string of monthly highest temperatures ever recorded) and erratic rains led to droughts, ruining crops in farming regions. In May, torrential rains in Sri Lanka caused landslides that destroyed tea gardens and affected 425,000 people in what has otherwise been a dry year.

Then Cyclone Roanu hit Bangladesh hard, driving 500,000 people from their homes due to flooding. Tea production in South India fell and record rainfall in Assam caused massive flooding that could reduce the summer harvest by 25%. East Africa saw tea declines in Malawi, Tanzania, and Uganda. Shortfalls in these countries are offset by Kenya’s bounty, but with domestic markets in India and Africa consuming more and more tea, the gap between total production and demand narrowed this year.

Tea production in Africa, India, and the Middle East is projected at 2.1 million MT. This is about equal to the 2 million MT that China produces each year, but very little of China’s tea is exported.

In China, 1000 g of hand-picked tea sells for between $100 and $1,500, depending on the age of leaves and method of processing. One hundred grams of a Western blend of African, Sri Lankan, and India tea, such as that sold by Twinings, sells for $28.